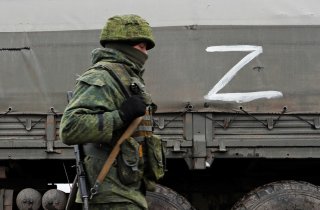 Russian occupation officials have announced a spate of emergency referendums across eastern and southern Ukraine.

Kherson’s Russian-aligned administration head Vladimir Saldo announced earlier this week that the southern Ukrainian region will hold a vote on accession to Russia. “Having considered the appeals of public organizations and residents of the region, the leadership of the administration of the Kherson Region decided to hold a referendum on the accession of the Kherson Region to the Russian Federation. I am sure that the leadership of the Russian Federation will accept the results of the referendum and the Kherson Region will be part of Russia, becoming a full-fledged subject of the single state,” he wrote.

On Monday, the head of the pro-Russian breakaway Donetsk People’s Republic (DPR) Denis Pushilin said he was working towards a referendum and urged his counterpart in the neighboring Luhansk People’s Republic (LPR), Leonid Pasechnik, to jointly move forward with preparations for voting.

Pro-Russian activists in the Zaporizhzhia region called for an immediate referendum despite the fact that parts of the territory, including the regional capital of Zaporizhzhia city, remain under Ukrainian control. “No, we will not be able to hold a referendum there [in the city of Zaporizhzhia], it will put those who participate in collective danger,” said Russian-installed official Vladimir Rogov, adding that the referendum will only be held on territory currently controlled by Russian forces. “We are ready even today, even tomorrow. Everything is ready for the referendum.”

Specific dates have not yet been announced, with Russian media reporting that the referendums will be held through September 27.

The announcements were welcomed by hawkish Russian politicians and commentators. “A referendum is a necessity that is long overdue. It will definitely be held. A fair and open vote will legally consolidate its results once and for all. In fact, Donbass and other liberated areas already are part of Russia,” said Russian Federation Council first deputy speaker Andrey Turchak on Tuesday, according to Russian state news outlet TASS. The annexations would make DPR and LPR servicemen, who have nominally been fighting in Ukraine alongside Russian troops as “allied forces,” officially part of the Russian military.

The move would drastically curtail the possibility of any future talks over the status of the annexed territories. “If we consider these territories as subjects of Russia, then there can no longer be any talks with [Ukrainian President Volodymyr] Zelenskyy, [U.S. President Joe] Biden, [German chancellor Olaf] Scholz or anyone else about the liberation of these territories, their partition, or their limited sovereignty. It will simply no longer be possible. They will be 100% Russian, just as the Chelyabinsk region or, for example, or the Tula region,” Russian politician Oleg Matveychev told news outlet RIA Novosti. Russian observers noted that future Ukrainian strikes or offensives against the annexed territories would be considered by the Kremlin as acts of aggression against Russia proper, setting the stage for further escalation in the Russo-Ukrainian War.

Kyiv has repeatedly stated it will not acknowledge the legitimacy of any referendums conducted by Russia on occupied Ukrainian territory. “The Russians can do whatever they want. It will not change anything,” Ukrainian foreign minister Dmytro Kuleba said on Tuesday.