The Problem with Hypersonic Missiles: "None of this stuff works yet." 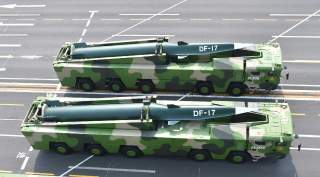