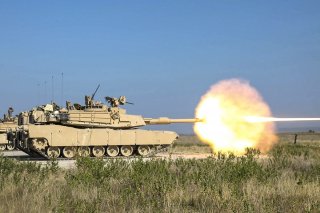 What are the most powerful militaries in the world? It’s an outwardly simple question that hides a remarkable degree of complexity. Power, after all, is relative. Militaries decide where to invest their resources based on unique national factors of topography and geostrategy—a development path that makes one military “powerful” would not necessarily be viable for another. With that being said, GlobalFirepower’s Military Strength Ranking index employs a unique formula that manages to control for many of the variables that can make these comparisons so fraught. Here are the five militaries that, by widespread expert consensus, are currently the strongest.

The United States has again taken the crown of the world’s strongest military in 2021, outpacing its nearest competitor by a small, but steady margin. With its massive—even if partially bloated—defense budget, expansive infrastructure, vast manpower, and a large pool of potential fit-for-service recruits, the United States passes all the underlying criteria of modern military power with flying colors. Its raw potential is matched by a robust defense industry, responsible for some of the advanced military hardware in the world. The United States leads the world in airpower, quantitatively and qualitatively beating its nearest competitor in most if not all aircraft categories. It maintains by far the most active-service aircraft carriers in the world, enjoying a global strike reach through the U.S. Navy’s doctrinal concept of Carrier Strike Groups.

Russia has recovered from its post-Soviet military slump, launching a slew of far-reaching modernization projects to revitalize its aging air force and navy. The fruits of those labors can be readily observed in 2021, with a new generation of Russian strategic and cruise missile submarines narrowing the qualitative gap with their U.S. counterparts. Russia’s growing force of modernized corvettes and other small ships reflects Moscow’s commitment to a coastal defense force. Meanwhile, Russia continues to hold a large quantitative edge over the United States in all land power categories other than armored vehicles. The airpower matchup is still somewhat lopsided in favor of the United States; as illustrated by its new Su-57 air superiority fighter, Russia is currently more interested in developing air-based counters to U.S. stealth penetration platforms than investing in similar capabilities.

Though it noticeably lags behind its Russian and U.S. competitors, China continues to make considerable, long-term investments into all of its military branches. With the second-largest military budget and by far the largest fit-for-service pool, China’s military exhibits the potential for explosive growth across relatively short periods of time. China’s considerable raw resources are being utilized across a slew of ambitious procurement programs over the coming decades, ranging from its own Carrier Strike Groups to a coming fleet of sixth-generation bombers and fighters.

Despite its relatively small defense budget and lack of military output when compared to the top three world powers, India’s military potential stems from its massive labor force and equally impressive fit-for-service pool. India maintains a large, even if partially unmodernized, tank roster, as well as a formidable coastal defense force and robust reserve of artillery pieces. Though it remains a military hardware importer, New Delhi has taken recent steps—in large part through licensed production and technology transfer deals—to establish the groundwork for an increasingly self-reliant domestic defense industry.

Japan first supplanted France for fifth-place in 2020, leveraging its wealth, comparatively large defense budget, and impressive infrastructure. Though it maintains a robust air force and an active presence in select naval categories such as destroyers and submarines, Japan’s global ranking is dragged down by its relative lack of ground forces.