RANKED: 5 Deadliest Handguns, Shotguns and Military Rifles To Ever Fire a Shot 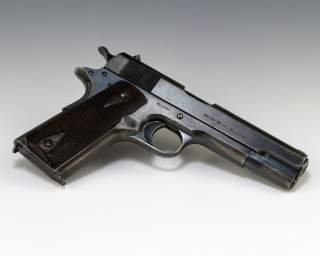 KEY FACT: Like the M4A1, the SA80A2 fires the 5.56-millimeter round and can accept the same magazine. Unlike the American carbine, the British one uses a short-stroke gas-piston system.