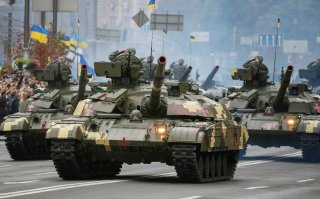 Biden had just finished telling Zelenskyy about another $1 billion in U.S. security assistance apportioned to Kyiv when the Ukrainian leader started listing all the additional aid he needed, four people familiar with the conversation told NBC. Biden lost his temper, noting that the American people were being quite generous and that Zelenskyy could show more gratitude. The NBC report did not provide any other details from the conversation, including Zelenskyy’s possible response to Biden’s rebuke. NBC said Zelenskyy’s team tried to defuse tensions with the White House following the call. Zelenskyy thanked Biden for continued U.S. support to Ukraine in taped remarks given that same day.

Top Kyiv officials, up to and including Zelenskyy, have consistently pressed Western governments and institutions—often in visceral, even combative terms—to step up their support for Ukraine. Ukrainian foreign minister Dmytro Kuleba told Western partners earlier this year that the blood of dead civilians would be on their hands if they do not implement a no-fly zone in Ukrainian airspace, a move that U.S. and NATO officials said could provoke a direct conflict with Russia. Zelenskyy lambasted Israel last week over its position of neutrality in the Ukraine conflict.

NBC’s report on the heated exchange comes just days before the U.S. midterm elections and is accompanied by growing signs of war-weariness among the U.S. public. A September 27 poll conducted by Data for Progress and commissioned by the Quincy Institute found that a majority of voters support the U.S. pursuing diplomatic efforts to help end the war, even if it means Ukraine making compromises with Russia. The same poll discovered that a plurality of Americans, including a majority of Republicans and Independents, only support continued U.S. military aid to Ukraine if Washington is involved in ongoing diplomacy to end the conflict.

Biden and some Ukrainian politicians have expressed concerns that the midterms could shift the dynamics of U.S. support for Kyiv. "I am worried," Biden said in Pittsburgh when asked about the impact on Ukraine if Republicans win, according to Reuters.

House GOP leader Kevin McCarthy said Republicans will not write a “blank check” to Ukraine if they take back the house in November. “I think people are gonna be sitting in a recession and they’re not going to write a blank check to Ukraine,” he told Punchbowl news earlier this month. “They just won’t do it. … It’s not a free blank check.”