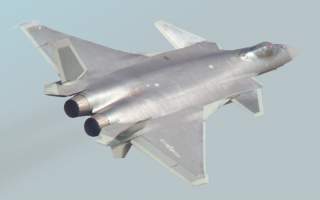 In 2016, Chinese student Huang Xianjun completed his PhD at the University of Manchester, working with the discoverers of graphene, a material with incredible strength, electrical conductivity and flexibility.

Then he returned to China to work on key projects for the People’s Liberation Army.

The European Defense Agency has described graphene as one of the materials with the highest potential for revolutionizing defense capabilities in the next decade.

The agency says graphene is light and flexible but 200 times stronger than steel and its electrical and thermal conductivity is extraordinary. Graphene also has remarkable properties in the so-called signature management field, meaning it can be used to produce radar-absorbent coatings that make military vehicles, planes, submarines or ships almost undetectable. ‘All this makes of graphene an extremely attractive material not only for civil industries but also for military applications in the land, air and maritime domains’, the agency says.

After impressive research on graphene antennas, Huang received lucrative job offers from Western companies and had the opportunity to stay on as a researcher at Manchester. But he ‘politely turned down each of them, speedily packing his bags and setting out on the journey back to China’, a Chinese military newspaper reported.

Huang is now a researcher at the PLA’s National University of Defense Technology (NUDT), which originally sent him abroad. The Chinese newspaper notes that ‘the goal towards which he strives is opening up graphene’s applications in fields like military [artificial] intelligence and electromagnetic shielding and creating a world-class innovation team working on graphene, while sticking close to the needs of the military’.

While this military–academic onslaught has largely flown under Western radars, China has made little effort to keep it secret at home. The military newspaper described Huang’s activities as: ‘Picking flowers in foreign lands; making honey in China’ and told how, after returning to China, he ‘threw himself into storming key impasses in research, taking up research on two of the military’s key projects’.

Huang’s story is just one among those of the estimated 2,500 scientists and engineers ‘selected’ by the Chinese military to study and work abroad in the last decade. Examples of this phenomenon, and of the PLA’s broader expansion of research with universities outside China, are detailed in my report, ‘Picking flowers, making honey: the Chinese military’s collaboration with foreign universities’, released by ASPI today.

Using Chinese-language sources and analysis of papers published by Chinese military scientists, the report presents the first detailed analysis of the nature and scale of this overlooked issue. It finds that the US, UK, Canada, Australia and Germany are, in that order, the top countries for research collaboration with the PLA. Globally, the number of peer-reviewed articles published as part of this collaboration has grown seven-fold in a decade.

It’s an area in which Australia punches above its weight. Australian collaboration with the PLA has produced over 600 peer-reviewed articles and has likely involved around 300 Chinese military scientists coming to Australia as PhD students or visiting scholars. Australia engages in the most research collaboration with the PLA among Five Eyes nations on a per capita basis, at six times the level of that in the US. Researchers at the University of New South Wales publish more peer-reviewed articles with the PLA than any other university in the West. Two professors at Australian universities even serve as doctoral supervisors at NUDT.

As Huang’s case indicates, scientists sent by the PLA to work or study overseas seek to grasp technologies of value to the military. For example, those sent to Australia have worked on topics such as signal processing, radar, explosions, navigation systems, supercomputers, autonomous vehicles and cryptography. Upon his arrival in Manchester, Huang reportedly set out to master skills that would enable him to better serve the building of China’s military and national defence. Another NUDT scientist, before travelling to Uppsala University in Sweden and then Stanford University in the US to study quantum physics, was told by his supervisor that, ‘Without breakthroughs in physics, there won’t be rapid developments in weaponry.’

While most PLA scientists don’t disguise their background when overseas, my report identifies 24 new cases of scientists hiding their military affiliation while traveling outside China, including 17 who came to Australia. Scientists from the PLA university that trains geospatial and signals intelligence officers have come to Australia for conferences while claiming to be visiting scholars from non-existent institutes. PLA Rocket Force scientists working on hypersonic aircraft have used cover stories to secure work as visiting scholars in the UK, Germany and Norway.

Helping the Chinese military bring its scientific talent and knowledge up to world-class standards is not in Australia’s interests and demands a response from the government and universities. The issues raised by this collaboration have not yet been addressed by governments and universities around the world.

Governments and universities should work together to advance scientific progress and foster cooperation while ensuring that any research collaboration is in the national interest. The Australian government should develop a clear policy on collaboration with the Chinese military that informs legislative and other responses.

The Defense Trade Controls Act should be amended to restrict transfers of sensitive technologies to members of non-allied militaries such as the PLA when they’re in Australia. More effective immigration vetting should be applied to members of the Chinese military who intend to use knowledge and skills gained in Australia to develop military technology back home.

Universities need to take a more proactive approach to their engagement with China, ensuring that it does not compromise their own security and Australia’s interests.