Republicans Are Going to War Against China and WHO Over Coronavirus 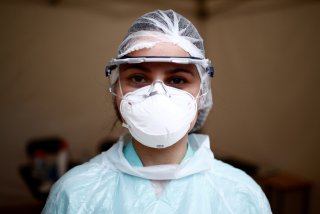 As April begins, and the United States prepares for what is expected to be the worst month on record for coronavirus cases, Republican senators are stepping up attacks on China—where the virus originated—and what they see as complicity from the World Health Organization (WHO).

The Chinese government first learned about the virus’ development in Wuhan province in early December but engaged in a coverup of information for one month before quarantining. This coverup included the censoring of communications as well as threats and the disappearances of doctors who were attempting to alert the Chinese public and the international community. During this time the WHO accepted the communist party’s rationalizations about the virus’ spread and infection rates.

Senator Rick Scott, who spent eleven days in March in self-isolation after coming into contact with individuals who tested positive for coronavirus, announced that the United States must hold the WHO accountable.

“The mission of the WHO is to get public health information to the world so every country can make the best decisions to keep their citizens safe. When it comes to Coronavirus, the WHO failed,” said Scott, Florida’s former governor and freshman senator. “They need to be held accountable for their role in promoting misinformation and helping Communist China cover up a global pandemic. We know Communist China is lying about how many cases and deaths they have, what they knew and when they knew it—and the WHO never bothered to investigate further. Their inaction cost lives.”

“As soon as Congress is back in session, there should be a hearing, along with a full investigation, to review whether American taxpayers should continue to spend millions of dollars every year to fund an organization that willfully parroted propaganda from the Chinese Communist Party,” Scott said. The United States is responsible for funding 15% of the WHO budget.

Days ago, Scott’s Florida colleague Senator Marco Rubio also attacked the WHO, specifically its director-general, Dr. Tedros Adhanom. “The actions of the Chinese Communist Party exacerbated the public health crisis plaguing the international community, and instead of prioritizing global health, Dr. Tedros and the WHO played favoritism to China,” Rubio said.

Both senators and senatorial candidates are latching onto the position. Jeff Sessions, Alabama’s longtime senator before his stint as Attorney General in the Trump administration, is currently running in the primary for his old seat. He agreed with Rick Scott’s demand for a congressional investigation, tweeting this morning, “I am calling today for Congress to immediately establish a Select Committee on China to lead the investigation. This Select Committee should be given the authority to wield the full investigative powers, including the power to compel witnesses, of the United States Congress.”

In Sessions’ words, “We need to call the Chinese Communist Party’s bluff.”