Revealed: Russia's Plans For The MiG-31 Include Fighting In The Stratosphere 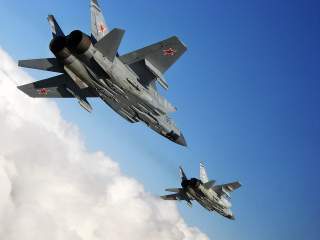 Key point: The MiG-31 can deliver payloads at impressive heights and speeds.