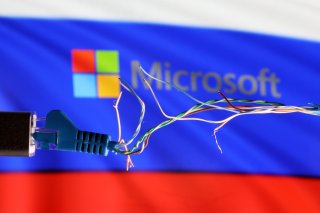 One of the most important web browsers in the history of the Internet will soon be no more. Microsoft announced Wednesday that it has “retired” the Internet Explorer browser.

The news was announced in a blog post by Sean Lyndersay, the general manager of  Microsoft Edge Enterprise, which was published on Wednesday.

“After 25+ years of helping people use and experience the web, Internet Explorer (IE) is officially retired and out of support as of today, June 15, 2022. To many millions of you, thank you for using Internet Explorer as your gateway to the internet,” Lyndersay said.

Microsoft Internet Explorer launched in 1995 at the dawn of widespread public availability of the World Wide Web. Its primary competition at the time of its launch was the Netscape Navigator, and Microsoft successfully won the browser war when it bundled Explorer with Windows in the late 1990s. This won Microsoft what is known as the First Browser War, but it led in part to federal antitrust litigation against Microsoft over those practices. That litigation was settled in 2001, but it did not result in the breakup of Microsoft.

“Internet Explorer’s reputation today is, deservedly, one of a product from an older era—quirky in behavior and lacking the security of a modern browser. But its contributions to the evolution of the web have been remarkable, from helping to make the web truly interactive with DHTML and AJAX to hardware-accelerated graphics to innovations in touch/pen browsing,” he added in the post.

In the early 2000s, Explorer was overtaken by rivals, which included the likes of Mozilla Firefox and Google Chrome. Microsoft has its own browser, Edge, which it calls “a faster, more secure and modern browser—the best browser for Windows.”

“But we haven’t forgotten that some parts of the web still rely on Internet Explorer’s specific behaviors and features, which is why comes with Internet Explorer mode (IE mode). Regardless of the site or standard—old or new—you can access what you need in Microsoft Edge with new modern features to make your time online even better,” the blog post said.

Microsoft plans, in the coming months, to redirect Explorer users towards Edge. How will it work?