Is the Ruger LCP II the Best .22 Pistol Out Now? 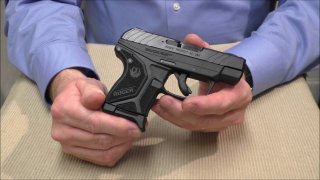 You might recognize this gun, but maybe don’t know the name of it. It’s the Ruger LCP II .22 LR. The LCP comes in .380 as well, but I wanted another plinker to add to my collection. A friend recommended this and I promised to take a look. My question was, “Does the Ruger LCP II .22 make for a good gun?”

I don’t find anything about the LCP II’s design to be particularly appealing. It looks pretty basic with the exception of the aggressive grip texturing as well as forward and rear slide serrations. It’s decent ergonomically. The grips and extension by way of magazine do the job just fine.

Most of the features are serviceable except the safety. I cannot stand that thing. It’s directly in the way when you want to rack a round. You basically end up putting your pistol on safe right as you’re about to shoot it. It’s a small issue, consistently annoying.

The Ruger may not be perfect in ergonomics, but accuracy is another beast. The LCP II nails it thoroughly. It’s not easy to be accurate with a tiny .22 with particularly small sights, but this pistol seems to read my mind and puts shots where I’m aiming. I felt pretty confident at ten yards and don’t have too much troubling dinging steel at further distances, though I didn’t push it much. The .22 variant could be a solid training pistol for the .380 Auto version. You’ll find the same manual of arms and they’ll feel the same aside from some extra recoil from the bigger caliber.

The trigger is improved from its predecessor and worth mentioning. You’ll find that it’s much lighter and smoother.

I found this handgun to be relatively reliable as far as .22s go. It went through CCI ammo near-flawlessly. One or two malfunctions occurred during the break-in period, but I haven’t had one since I passed 500 rounds.

Like any other .22, it’s a lot of fun on the range and would definitely be a good pistol for some short-range pest control. I’m not one to carry .22 and this pistol won’t make me recommend it for anyone else. Plinking and range day fun, however, are a different story.

The Ruger LCP II is plenty of fun and is reasonably priced at only $400. Some of the design choices, especially the safety feel odd, but at the end of the day it wasn’t a deal breaker for me. The accuracy might be the absolute best aspect of this pistol, but it’s not bad for reliability either. Overall though, I found myself coming away with a pretty positive view of the Ruger LCP II.