Russia’s 4 Most Dangerous Bombers To Ever Fly 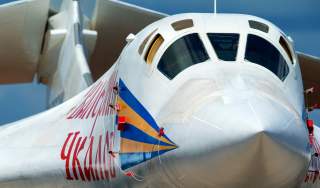