Russia Accuses U.S. Of Being ‘Directly Involved’ in Ukraine War 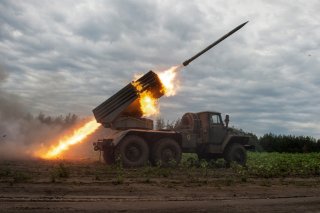 The Russian government accused the United States on Tuesday of direct military involvement in its ongoing war with Ukraine, shortly after Ukraine’s first grain shipment since the onset of the invasion approached the Turkish coast without issue.

The Russian Defense Ministry said that its evidence that the United States had become directly involved came after Vadym Skibitsky, the deputy leader of the Main Intelligence Directorate of Ukraine’s Ministry of Defense, claimed in an interview with the United Kingdom’s The Daily Telegraph newspaper that American troops had assisted with the targeting of the U.S.-supplied HIMARS rocket systems. Skibitsky explained that the United States was not providing direct targeting information to Ukraine, but effectively had a veto over Ukrainian missile strikes—a statement that Russian defense officials seized on as evidence that the United States had expanded its role in the conflict beyond simple arms deliveries.

“This undeniably proves that Washington, contrary to White House and Pentagon claims, is directly involved in the conflict in Ukraine,” the defense ministry claimed in a statement. “The Biden administration…is directly responsible for all Kiev-approved rocket attacks on residential areas and civilian infrastructure in populated areas of Donbass and other regions, which have resulted in mass deaths of civilians.”

The United States did not immediately comment on the Russian government’s assertion. Although it has acknowledged its role in arming and training the Ukrainian armed forces, the Pentagon has rarely discussed its ongoing cooperation with Ukrainian troops in the conflict. This cooperation could become more explicit as Kyiv has increasingly turned to sophisticated U.S. and European weapons, including the HIMARS system, in order to regain the initiative and lay the groundwork for future counter-offensives against Russian-occupied areas in eastern and southern Ukraine.

Russia’s denunciation of the United States came on the same day as Turkish officials’ announcement of a resumption of Ukrainian grain exports. The first Ukrainian grain barge to leave the country since the onset of the war departed from the port of Odessa on Monday for Istanbul, where it arrived without issue on Tuesday evening. The ship is expected to continue on to Lebanon, which previously refused to unload a Syrian vessel carrying grain that was presumed to have been stolen from silos in eastern Ukraine by Russian forces.

Roughly one ship per day is expected to leave the port and travel south, according to an anonymous Turkish official quoted by Reuters—a rate of export well below Odessa’s capacity, but one that could nonetheless help alleviate the burgeoning food crisis the conflict has created.