From Russia with Bullets: These New Deadly Rifles Can Even Pierce Body Armor 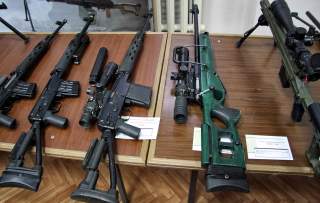 Other Russian rifles that can counter body armor are the ASVK and ASVKM (army sniper rifle, large caliber) sniper systems. Originally developed alongside the SVDK in the 1990s as a proper anti-material long range rifle, it saw larger adoption over its rival .50 caliber rifle, the OSV-96. The ASVK has seen use in Syria and Ukraine.