Russia Has Big Plans to Sell Its Weapons in Africa 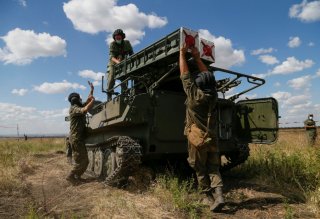