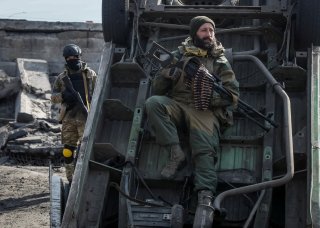 The Russian Finance Ministry announced on Thursday that it had successfully made a $117 million interest payment on a foreign loan, temporarily saving it from defaulting on its foreign obligations.

Russian state-run media claimed that the payment had been made to JPMorgan Chase, which then sent it to Citigroup’s office in London. The finance ministry claimed that Citigroup would then be empowered to distribute the payment to Russia’s creditors. JPMorgan Chase received clearance from the U.S. government to process the payment, according to the New York Times.

Russia’s bond payment, known in financial terms as a “coupon payment,” was a regularly scheduled interest payment for foreign creditors who invested in Russian bonds. Prior to the country’s invasion of Ukraine on February 24, these payments were a routine part of international finance, and financial firm Moody’s had given Russia a “Baa3” credit rating, classifying Moscow as a moderate credit risk similar to India and Portugal.

However, after Russia’s invasion of Ukraine, the United States and Europe imposed strict sanctions on Russia’s financial sector, largely preventing it from trading in U.S. dollars, the world’s de facto reserve currency. Credit rating agencies, including Moody’s and Fitch, had downgraded Russia’s bonds to “junk” status, suggesting a high probability that Russia would be unable to repay them. While Russia has sufficient funds to cover its foreign obligations, it was initially unclear how Russian banks would be able to meet them, as they were blocked from using dollars. The Russian government claimed earlier in the week that it would simply pay the full sum in rubles, which Fitch countered would constitute a default.

However, the U.S. Office of Foreign Assets Control, or OFAC, issued a directive in early March allowing Americans to receive “interest, dividend, or maturity payments in connection with debt or equity” connected with the Russian treasury. That exemption, which was probably used to make the $117 million payment, is scheduled to expire on May 25. After that date, Russian financial institutions will have a thirty-day grace period to meet their obligations before a default is declared.

In the aftermath of the $117 million payment, Russian bonds rose on international markets, although trading on Russian assets has been sharply restricted in Western countries. A bond maturing in 2023, which had traded at around 20 cents to the dollar, rose to 50 cents after the Russian payment went through.

In total, Russia owes roughly $40 billion in sovereign debt, around half of which it owes to international creditors. JPMorgan has estimated that Russia will owe roughly $4.6 billion in scheduled bond payments through 2021, including $2 billion by April 4.