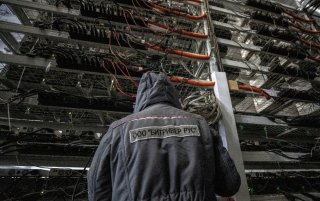 Russia’s central bank issued a report on Thursday claiming that cryptocurrencies resemble a pyramid scheme and pose a threat to the country’s financial system. The report took the notable step of proposing a country-wide ban on their creation and use.

The report also noted that cryptocurrency mining, an energy-intensive process in which computers attempt to solve complicated mathematical equations, threatened Russia’s energy supply and undermined the country’s commitment to carbon neutrality in the future. The central bank also observed that the use of cryptocurrencies created incentives for Russians to avoid financial regulation.

The use of cryptocurrency for payments in Russia is already illegal, but the laws are not widely enforced. In December 2021, the central bank announced that the country’s mutual funds were no longer allowed to make investments in cryptocurrencies.

The proposed rule would only take effect within Russia, and Russians with offshore bank accounts or foreign assets would not be bound by its restrictions outside the country, a central bank official said on Thursday.

In order to become law, the central bank’s proposal would need the approval of the State Duma, Russia’s parliament. Duma speaker Vyacheslav Volodin indicated earlier in the week that the Duma would consider a regulatory framework for cryptocurrencies during its spring session.

Russians trade an estimated $5 billion in cryptocurrency per year, and Russian accounts are linked to roughly $90 billion in saved cryptocurrency tokens. Russian cryptocurrency mining has increased substantially since China, which was previously the home of the world’s largest mining operations, banned the practice in mid-2021.

Following China’s ban, Russia became the third-largest cryptocurrency miner in the world. Most of Russia’s mining occurs in rural areas where electricity is cheaper and low temperatures reduce the need for artificial cooling.

Russia’s ban on cryptocurrency trading comes in part from its use by domestic opposition groups, which have used the payments in the past because they exist outside of Russia’s formal financial system and are harder to trace. Critics, however, have noted that this activity is only a small fraction of total Russian usage.

Support for the proposed ban is not unanimous within Russia, and some politicians and commentators have noted cryptocurrency’s potential use as a mechanism of avoiding international sanctions. Crypto tokens like Bitcoin (BTC) have fulfilled a similar purpose in Iran, which has also been placed under extensive sanctions, and mining is so widespread in the country that Iranian authorities have repeatedly banned it when electricity supplies are low.