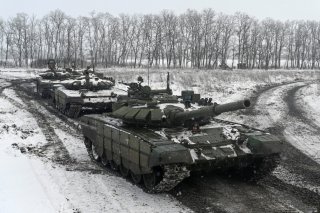 The Russian Foreign Ministry announced on Tuesday that it had imposed a series of economic sanctions against President Joe Biden, Secretary of State Antony Blinken, Secretary of Defense Lloyd Austin, and CIA Director William Burns.

Psaki dismissed the impact of Moscow’s sanctions on Tuesday, joking that Russia’s official statement, which named “Joseph Robinette Biden” as the target of sanctions, accidentally referred to Biden’s father. She also noted that the sanctions would likely be ineffective, as none of the names on the list had business dealings or assets in Russia and were unlikely to suffer from not being allowed to enter the country.

“It won’t surprise any of you that none of us are planning tourist trips in Russia,” Psaki said. “None of us have bank accounts that we won’t be able to access. So we will forge ahead.” Clinton also mockingly thanked the Kremlin on Twitter for her inclusion in the list, joking that she had received a “Lifetime Achievement Award” from the “Russian Academy” after the announcement.

In a separate statement, the Russian Foreign Ministry said that it had imposed sanctions against Canadian prime minister Justin Trudeau in retaliation for Canada’s sanctions on high-level Kremlin officials and Russian oligarchs. No sanctions have been announced against European leaders, who overwhelmingly approved the same set of sanctions.

While the United States engages in comparatively little commerce with Russia, its use of economic sanctions against Russia—restricting, for instance, the exchange of rubles for U.S. dollars, the de facto international medium of exchange—has caused significant damage to the Russian economy. The ruble briefly lost half of its value in the days following the initial wave of sanctions, peaking at 150 per U.S. dollar before lowering to around 100 per dollar—still a 33 percent loss against the ruble’s value prior to the invasion.

The U.S. government has also banned Russian oil imports—a largely ceremonial step, as the United States produces most of its own oil and only imports a nominal amount from Russia. European nations, which source roughly half of their oil and natural gas from Russia, have refused to cut off Russian imports, citing the potential for a major disruption to their economies and electrical grids.