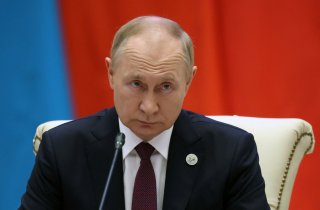 Russia’s Supreme Court revoked the domestic broadcasting license of Russia’s liberal Novaya Gazeta newspaper on Thursday, effectively blocking it within the country, after claiming that it had violated the country’s strict “foreign agent” registration law.

The newspaper announced the decision on its website, claiming that the country’s top judicial body “has ordered a halt to activities of the Novaya Gazeta website” and noting that it would “certainly” appeal the decision.

“What you are doing is murder,” Muratov said after the decision was announced. “You are depriving hundreds of people of jobs, and readers—there were 27 million in March—of the right to information.”

Russia’s most famous independent newspaper, Novaya Gazeta, was founded in 1993 using seed money from the Nobel Peace Prize awarded to final Soviet leader Mikhail Gorbachev. The paper, which emerged as one of the loudest voices within Russia against Putin over the past decade, suspended its operations in March after the country’s State Duma passed a law prohibiting most criticism of the military—a law that it noted would sharply restrict its ability to report on the country’s invasion of Ukraine without potentially running afoul of the authorities.

The Supreme Court’s decision comes shortly after a similar ruling forbidding the paper from publishing a print issue, which limited it to online publication until the most recent decision, which prohibited publication altogether.

In the aftermath of Russia’s invasion of Ukraine, most of the country’s remaining independent publications—notably the Rain (Dozhd) television channel and the Echo of Moscow (Ekho Moskvy) radio station—went offline or suspended their operations to avoid running afoul of the new restrictions. Most of Novaya Gazeta’s reporters fled to Europe after the start of the war; many of them have since created a second copy of the newspaper headquartered in the European Union, beyond the Kremlin’s reach.

Reporters Without Borders (RSF), an international organization dedicated to defending freedom of the press, ranked Russia 155 out of 180 countries in its most recent Press Freedom Index. The organization noted that “almost all independent media have been banned, blocked, and/or declared ‘foreign agents’” since the onset of the Russian invasion. It observed that some outlets remained but were subject to censorship by the Russian military on Ukraine-related issues.