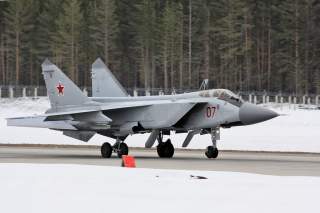 If these minor quality-of-life updates sound unexciting, that’s because the major hardware revamp is being saved for the upcoming MiG-41. Tentatively scheduled to enter production in the mid 2020’s at the earliest, the MiG-41 is expected to be a hypersonic jet capable of flying in outer space (327,000 feet).