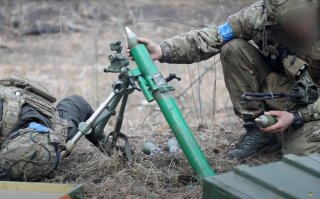 After three weeks of combat, many experienced military observers, former senior commanders, war planners, and combined arms experts are now referring to Russia’s invasion of Ukraine as a “failure.”

“I tell you right up front, the war is not going the way [Russian president Vladimir] Putin expected. With the exception of some of the initial long range airstrikes, almost everything about the Russian invasion failed,” retired Lt. Gen. David Deptula, dean of the Mitchell Institute for Aerospace Studies, told The National Interest in an interview.

A parade of experts and former war commanders have expressed “surprise” at the Russian failure, suggesting that many thought the large Russian army would simply “roll over” Ukraine. Deptula listed a series of fast-developing Russian military failures.

“Ukrainian air defenses were not disabled. Ukrainian airfields were not put out of action. Ukrainian defenders were able to hold their ground. Ukrainian reserves and civilians rapidly mobilized. And surprisingly, Russia didn’t effectively integrate electronic warfare into its military attack,” Deptula said.

Russia’s failure is likely due to a mixture of interwoven variables, from poor logistics to simply poor mission execution. The Pentagon has been clear that Russian forces likely face a morale problem and continue to suffer supply, food, and fuel shortages in their move toward Kyiv.

Yet another factor has been the Ukrainian forces’ tenacity and successful combat tactics, including the effective use of anti-armor weapons and hit-and-run ambush tactics. The Ukrainian resolve and will to fight has stunned the world, as thousands of everyday Ukrainians continue to take up arms and fight against the Russian invaders. Ret. Lt. Gen. Ben Hodges, the former commander of U.S. Army Europe, told TNI that the Ukrainians are implementing an effective decentralized or “dispersed” series of combat formations to reduce their vulnerability to Russian attacks and discover new angles from which to stage attacks and disable the Russian advance.

Yet another Russian shortcoming has been poor air-ground coordination, Pentagon officials say. This element has perhaps been among the more surprising developments, as Russia’s overwhelmingly larger air force has not been able to establish air supremacy over Ukraine, perhaps another testament to the Ukrainian will to resist.