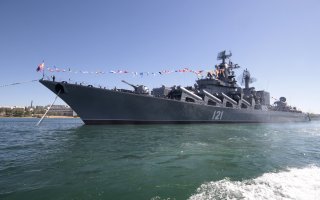 The French guided-missile frigate Aquitaine entered the Barents Sea last week and its movements were being tracked by the Russian Northern Fleet. It is the second time in a month that NATO naval forces visited Russia's Arctic border.

"The Northern Fleet's forces and capabilities have started to track the movements of the French Navy's guided-missile frigate Aquitaine that entered the Barents Sea on June 5, 2020," Russia's National Defense Control Center said via a statement provided to Tass, Russian state media.

More than ten Russian vessels from the Northern Fleet are reportedly tracking the movement of the French warship. The high-tech Aquitaine is equipped with automation systems that require a crew of just 145 sailors.

The Aquitaine-class was developed as a joint Franco-Italian multi-mission frigate (FREMM), but some military analysts have noted that it is essentially a destroyer – albeit officially designated as a frigate for political reasons. It is capable of carrying out various missions including anti-air and anti-submarine warfare and can launch missiles at land-based targets located more than 1,000 km away.

France has ordered six of the warships to be optimized for an anti-submarine role, while two additional ships would be used in an air-defense role. However, some experts have noted the new class of frigates had an underwhelming first showing when one of three vessels failed to successfully launch missiles at targets in Syria in 2018.

Back to the Barents

The presence of a French warship is just the latest "visitor" that the Russian Northern Fleet has had to "entertain" in recent weeks.

Earlier this month Chief of the Russian General Staff’s Main Operations Department Colonel-General Sergei Rudskoi slammed the presence of the NATO warships in the region. He suggested that the NATO warships practiced – among other things – striking targets on the territory of Russia and intercepting Russian ballistic missiles.

Such actions by NATO have been described as provocations.

"The world is reverting back to the Cold War era. Tensions are rising between NATO and Russia, particularly in the Arctic," said Chairman of the Central Committee of All-Russian Trade Union of Military Servicemen Captain 1st Rank Oleg Shvedkov as reported by state media. "NATO seems to be trying to mark its permanent military presence near Russia's Arctic borders. The goal is to keep up pressure on Russia's Northern Fleet. In response, Russia will continue to build up its military capabilities to ensure security in the Arctic region."

"The Northern Fleet will be responsible for the Northern Sea Route's security, and the regions that have become part of the fleet will carry out economic tasks," Lieutenant General Yuri Netkachev (Retired), told Tass. "This pattern leaves no place for confrontation and military conflicts with NATO."

In recent months Russia has conducted a number of exercises in the region including anti-submarine drills.