Russia's Borei-Class Nuclear Submarines Are Powerful, But Have One Huge Flaw 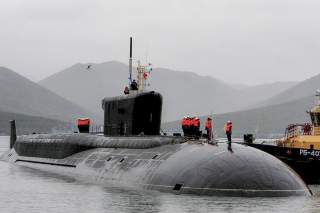 Key point: This wouldn't be the first time costs concerns have ended a Russian navy program.

Mark Episkopos is a frequent contributor toThe National Interest and serves as research assistant at the Center for the National Interest. Mark is also a PhD student in History at American University. This article first appeared last January.