Russia's Iskander Missiles Are a Real Threat to NATO's Navies 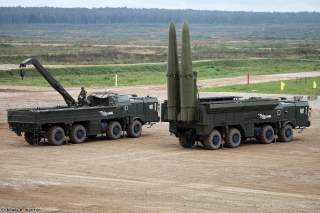 Key point: Anti-ship missiles are one of the deadliest weapons that could be used on aircraft carriers and their escorts.