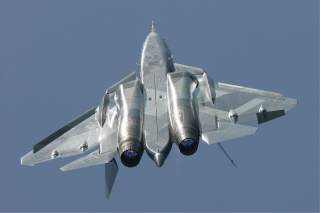 Amongst a host of factors behind the downward spiraling relations between Turkey and its NATO allies, one of increasing consequence is Turkey’s contravention of U.S. sanctions on Russia when it signed in 2017 a $2.5 billion deal to purchase advanced S-400 surface-to-air missile systems.

Turkish president Recep Erdogan has stood by the deal, even as U.S. lawmakers are threatening to ban the delivery of the 120 advanced F-35 stealth jets Turkey has ordered, and expel Turkish companies from the program entirely.

Currently, the S-400s are due to arrive in July 2019 and become operational in September.  Meanwhile, the U.S. has frozen F-35-related shipments to Turkey since April.

At face value, this would imply NATO-member Turkey would help Russia build advanced missiles primarily intended to oppose NATO missiles and warplanes, including the very same F-35s it was set to procure.

This is not conduct usually compatible with membership in a military alliance. Indeed, Erdogan’s announcement may have been intended to serve as much as a shot across Washington’s bow, warning of its willingness to procure more Russian weapons if Turkey doesn’t get its F-35s.

Certainly, Moscow sees both political and monetary profit to be made of the situation. Earlier in May, Sergey Chemezov, chief of the Rostec defense conglomerate, prominently announced Russia would be “happy to cooperate” with Turkey by selling Su-57 stealth fighters.

In exchange for canceling the S-400 order, the United States has offered four batteries with eighty Patriot PAC-3 MSE air defense missiles to Turkey for $3.5 billion—less than half the price of an earlier offer. NATO has already deployed Patriots on the Turkish border with Syria to defend against potential missile attacks. But Ankara says it’s only interested in buying Patriots after it gets S-400s.

Quite simply, the Patriot and the S-400 are not interchangeable. The PAC-3 MSE is optimized for relatively short-range (twenty miles) ballistic missile defense. Meanwhile, as Russia’s military is more concerned with NATO warplanes, the S-400 is designed to threaten aircraft up to 200 miles away—giving it so-called anti-access/area-denial (A2AD) potential.

Turkey’s interest in the S-400 may make more sense when considering Ankara’s ongoing rivalry with fellow NATO member Greece, with which it has nearly fought a war over the island of Cyprus. Turkish and Greek fighters still periodically engage in non-lethal dogfights. The S-400’s anti-access capabilities could, therefore, strengthen Turkey’s hand in its security competition with Greece.

While the S-400 is incompatible with other NATO air defense systems, Washington is more concerned that if Turkey operates both S-400s and F-35 stealth fighters, the former could be exploited to study the F-35’s radar signature and/or compromise its computer network. Ankara claims it will only link the missiles with domestic software and that it will not host Russian technicians, but the Pentagon still fears back-doors would be installed in the S-400’s computers.

Turkey has already technically received several F-35s, but they remain on U.S. soil, and their transfer has been blocked by Congress. Turkish firms remain major contributors to production of F-35 components—and they too are threatened with being cut out if Turkey insists on the S-400.

However, Erdogan has shown no sign of backing down on the S-400—perhaps fearing he will be perceived as weak if he concedes to foreign pressure.

Touted as a successor to the S-400, the S-500 appears to be a somewhat different beast: a mobile, high-altitude anti-ballistic missile system with secondary application versus enemy aircraft. It may possess even greater range than the S-400, with a Western intelligence analyst reporting an intercept at a record-breaking 300 miles. The S-500 is now years behind schedule, though it is supposedly set to enter service in 2019-2020.

It seems dubious that Russia would seek a NATO partner to co-develop such a strategic defense system. However, Russia might want foreign investment in a program which has likely faced financial difficulties. Turkish manufacturers would also appreciate the business—especially if they are cut out of F-35 manufacturing—and perhaps Ankara desires the higher-altitude anti-ballistic missile capabilities.

But given the controversy surrounding the S-400, Erdogan’s announcement may be more calculated to serve as a warning that he’s willing to move Turkey further into the Russian camp if it doesn’t get its F-35s. The supposed S-500 deal may also be intended as a sacrificial bargaining chip.

This play may backfire, however, by reinforcing the growing sentiment in Western capitals—and U.S. Congress in particular—that Turkey is too unreliable an ally to entrust with sensitive technologies. This could particularly impact Turkey’s ambitions to develops its town domestic stealth fighter.

And now stealth fighters too?

On April 10, 2019 Turkish foreign minister Mevlut Cavusoglu announced, “There are F-35[s], but there are also aircraft manufactured in Russia. If we are not able to purchase [the] F-35, Turkey will buy similar aircraft from other countries. And this will continue until we start producing our own fifth-generation fighter jets.”

Currently, the Russian Sukhoi Su-57 is the only other flying stealth fighter offered for export. However, China may soon offer a third option in the form of the Shenyang FC-31 Gyrfalcon stealth jet.

And Russia has made it very clear a Turkish buy is welcome. Moscow likely sees an opportunity to make some money and impose additional strain on the NATO alliance.

The Su-57, formerly known as the T-50 and PAK FA, has been challenged in recent years by technical problems, collapsing finances due to sanctions and falling oil prices, and decade-long delays in procuring Al-41F izdeliye 30 turbofans necessary to achieve target performance parameters. These caused Moscow to down-size its initial order to a mere twelve aircraft. Furthermore, in April 2018, an exasperated India withdrew billions dollars of desperately-needed funding from a program to build a two-seat FGFA Indian variant.

Nonetheless, on May 15, 2019 Putin announced Russia would procure an additional seventy-six Su-57s by 2028. Though the ostensible price of $34 million per plane (equivalent to an Su-35 non-stealth fighter) is not very credible, this nonetheless brightens the prospects of a formerly moribund-seeming program.

Still, the Su-57 has suffered from funding shortfalls and was built with export in mind, so Turkish buy-in to the jet would significantly contribute to the program’s financial viability.

Analysts estimate the Su-57 to be significantly less stealthy than an F-35, particularly when painted by sensors to its side and rear. However, the twin-engine jet is faster, dramatically more maneuverable, and boasts sensors that would assist in engaging enemy stealth aircraft at shorter ranges. The F-35 is primarily built to penetrate enemy airspace, while the PAK FA is optimized for counter-air and ground support operations on the edge of friendly airspace.

Turkey is also domestically developing its own TF-X stealth fighter. British firm Rolls Royce had been set to furnish engines for the jet, but largely abandoned its bid in March 2019 due to continuing disputes over technology transfers. Rostec has been quick to hawk the AL-41F turbofans developed for the Su-57. Thus, Su-57s and engine technology intended for the TF-X could conceivably be bundled in a package deal.

For now, there remain strong factors incentivizing Turkey’s continued membership in NATO. Turkey offers NATO basing for operations in the Middle East—including U.S. nuclear weapons stored in Incirlik Air Base; control of the Bosporus straits allowing passage between and the Mediterranean and the Black Sea; and constitutes its second largest standing military.  Meanwhile, Western Europe is of vastly greater consequence to Turkey’s economy than Russia, and NATO can offer stronger security guarantees.

Nonetheless, Turkey’s big-ticket procurements from Russia are problematic to its NATO partners because they fundamentally help the alliance’s most capable potential adversary pay for weapons primarily designed to combat NATO forces. Erdogan’s interest in the S-400, S-500 and Su-57 thus rank both amongst the symptoms and causes of the growing divide between Ankara and its long-time allies.