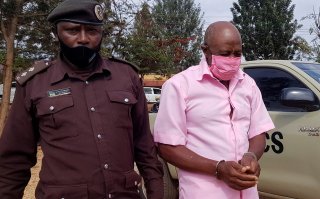 Rwanda’s Court of Appeal announced on Monday that it would uphold its twenty-five-year prison sentence against Paul Rusesabagina. Rusesabagina is a Rwandan politician and businessman who is widely credited with saving more than 1,200 Rwandans from near-certain death by sheltering them in his hotel during the country’s genocide in 1994.

The Rwandan government had requested that Rusesabagina’s twenty-five-year sentence received in 2021 be extended to life in prison. The judge who considered Rusesabagina’s case, Francois Regis Rukundakuvuga, justified the current sentence by noting that he was a first-time offender and was given twenty-five years “in accordance with the weight of his crimes.”

Following recognition for his actions during the Rwandan genocide, Rusesabagina left Rwanda in 1996 and soon became a political activist opposing the government of president Paul Kagame, the former militia leader who seized power from the genocidal Hutu government in 1994.

Kagame’s actions stopped the Rwandan genocide, likely saving hundreds of thousands of lives. Rwanda has since seen reliable economic growth and steadily improving standards of living under his two-decade presidency. At the same time, however, Kagame has been criticized since 2000 for governing the country in an increasingly authoritarian manner. Many of Kagame’s political opponents, including his predecessor as president, have been imprisoned or driven into exile.

After his return to Rwanda in 2020, Rusesabagina was arrested in Kigali, the country’s capital, on charges of terrorism for allegedly supporting the militant wing of the Rwandan Movement for Democratic Change, an opposition party he had helped to create, in an armed insurrection against the Rwandan government. That group had carried out a series of attacks against Rwandan government targets in 2018 and 2019 in the country’s southern region, leading to the deaths of nine Rwandan civilians.

International organizations have criticized Rusesabagina’s arrest and trial. Rusesabagina claimed that he was kidnapped from Dubai by Rwandan government agents and forced to return to the country against his will. The opposition figure’s trial was described as a “show trial” by the Clooney Foundation for Justice.

If he serves his full prison term, Rusesabagina, now aged 67, will be more than 90 years old by the time of his release, suggesting that the affirmed sentence represents the end of his political career.