The Secret Sauce to Innovate in the Military: Make Doubt and Failure Fun 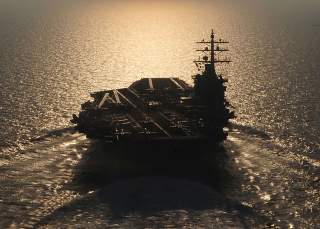 Strategy is about forming good habits, and so is innovation. If we want our services to innovate as a matter of course, we need to foster an institutional culture that makes doubt and failure fun.

Innovation lies downstream of organizational culture. Shape how people view the strategic environment and our profession, as culture does, and you shape debates about strategy, operations, and force design. If we want our navy and fellow services to make a habit of innovating, we need to nurture an experimental cast of mind in our sailors, marines, aviators, and soldiers. The habit of cooking up hypotheses, testing and scrapping most of them, and having fun while failing, adjusting, and trying again is a habit worth cultivating.

In other words, we need to refresh the scientific habit of mind within our institutions.

How do we do that? Let’s take a quick look at those three factors that foster innovation—doubt, failure, and fun—through the eyes of giants of philosophy, the natural sciences, and naval warfare.

Start with fun. Strategy is a serious matter, but we need not go about it with a dour heart. In fact, we shouldn’t. Innovation is about change, and Eric Hoffer, America’s self-made longshoreman-philosopher, teaches that change is an ordeal. None of us much likes it. So a culture that discourages change only reinforces the natural conservatism encoded in us all—and stasis prevails.

That being the case, innovative ages are ages that reduce the ordeal of change—or, better yet, make it a joy. Such times overcome that built-in preference for what is over what might be. A “playful mood” is the rule in such times, and freethinking flourishes. No one discourages, deters, or crushes the crank who conceives of some harebrained idea, formulates a hypothesis, puts it to the test of reality, discards it in part or in whole if it doesn’t pan out, and moves on to the next harebrained idea.

And if field trials do vindicate the hypothesis, inhabitants of such an age relabel the misfit a genius and shower him with honors. They reward unorthodoxy. Hoffer lauds the golden age of Athens, the Renaissance, and the Enlightenment as unusually dynamic times. These were epochs when dogma and groupthink found little purchase. We should strive to replicate that buoyant ethos within our sea, air, and ground forces, and within the Pentagon. Let’s make change fun—and reawaken the spirit of invention.

Next let’s consider the ingredient of doubt. The late Caltech professor and Nobel Prize-winning physicist Richard Feynman, a master of science, prescribes an approach that sounds a lot like Hoffer’s philosophy. For example, in 1965 he advised a young Australian student with whom he was corresponding to “study hard what interests you the most in the most undisciplined, irreverent, and original manner possible.” Undisciplined and irreverent are not traits martial institutions encourage. But maybe they should!

More to the point, Feynman reminds us that doubt is the soul of scientific thought. He reminds us that the human race is a young race. It is far too soon to declare truths permanent and fixed and beyond debate, lest we stifle the advance of human knowledge and wisdom. Science, he says, is “the belief in the ignorance of experts.” (This is perhaps an odd thing to say when chairing a panel of experts.) It is “of paramount importance that in order to progress we must recognize our ignorance and leave room for doubt.” Humility is a virtue—much as Socrates reminds us in his famous Apology.

Feynman also reminds us that the most convincing hypothesis must be subjected to realistic testing. “It doesn’t matter how beautiful your theory is, it doesn’t matter how smart you are. If it doesn’t agree with experiment, it’s wrong.” Reality—not human ingenuity in the abstract—is the arbiter of theories about strategy, operations, or force design.

One can only guess what wisecrack Feynman would make about our efforts at strategy-making and weapons development since the end of the Cold War forever canceled the field test of combat against the Soviet Navy. We proclaimed, in effect, that history had ended, and that we no longer needed to prepare to fight a peer antagonist. We got in the bad habit of formulating an untried idea about a ship, aircraft, or weapons design, drawing up blueprints codifying our idea, and then ordering our hypothesis into mass production before we had a working copy to try out in the real world.

Reality did not care how beautiful our theories were. It pronounced harsh judgment on many of them.

In other words, our culture lost something after the Cold War. We lost the habit of building a little, testing a little, and learning a lot—a habit Admiral Wayne Meyer, the father of the Aegis combat system, urged fleet designers to make their own. Let’s heed Admiral Meyer’s wisdom from now on, imprinting doubt—the experimental reflex—on everything we think and do. Questioning makes us better.

And lastly, what about the failure part? Doubt is bad enough. We hate failure in the armed forces. Failing does not make for glowing fitness reports, or promotions, or plum assignments, or medals to adorn our uniforms. Military folk want to win so much we get bored with winning. But failure is crucial to progress. In fact, we should want more of it. We should arrange things so that we fail swiftly and at low expense. Going uptempo lets us learn, reset, and test some more in quick sequence. It makes us nimble.

Admiral Bradley Fiske, our last master of innovation for today, was one of the foremost naval inventors of all time. He had some 130 inventions to his credit, including the rangefinder familiar to us naval artillerymen. Admiral Fiske prescribed experimental methods and a questioning mindset that Feynman, Meyer, and Hoffer could only applaud.

As befits a tinkerer and an engineer, Fiske regarded the navy as a “fighting machine.” Machines do not easily reinvent themselves when the operating environment changes around them. Accordingly, Fiske was an outspoken proponent of wargaming to improve the naval machine’s workings. Gaming was how to put hypotheses about naval warfare to the test, fail fast, and expose and correct their flaws.

After all, most theories end up debunked at least in part. We never finally prove any theory—we only fail to disprove it. So failing fast, tinkering with the hypothesis with the aim of improving it, and moving on to the next experiment constitutes the secret to innovation.

The approach works as well when developing strategy as when moving toy ships around on the game floor here in Pringle or in Sims Hall to refine tactics.

Game organizers could adjust the parameters for a game scenario, put a strategic or operational concept or fleet configuration to the test, see how it worked, and revise their concepts until the game produced a satisfactory result. They could rerun trials more speedily and at far lower cost than convening the fleet for a battle problem. Failure was fast, cheap, and enlightening.

Bottom line, let’s rediscover the wisdom of masters such as these—and make dreaming up offbeat ideas fun and rewarding again.

James Holmes is J. C. Wylie Chair of Maritime Strategy at the Naval War College and coauthor of Red Star over the Pacific (second edition forthcoming late this year). The views voiced here are his alone.