See This Strange Cannon? It Was Hitler's Secret Weapon to Crush the Allies 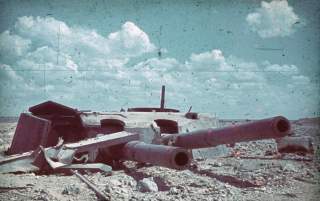 But in the fight for logistical dominance, the railway was still essential for continental transport of supplies and personnel — and enabling the Reich’s atrocities. The German railroad was responsible for enabling the full industrial-scale horrors of the Holocaust, as some four of six million victims traveled to concentration camps aboard the Reich’s railway network.