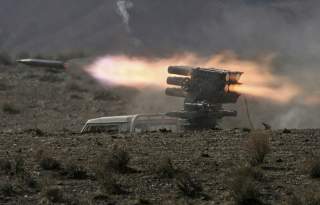 Key Point: Iran’s military might not be as tough as America’s...but it can kill.

Are Iran and America headed for war? It could happen, but at least for now, President Trump has chosen a course of restraint, choosing more sanctions as his preferred course of actions in response to a likely missile and drone strike by Tehran against Saudi Arabian oil facilities.

But if war does come how good is Iran military? Here is all we know:

1. Army (click here for our guide): In 2013, the Center for Strategic and International Studies assessed the Islamic Iranian Ground Forces as consisting of 350,000 active-duty troops, including 130,000 professionals and 220,000 draftees.

2. Navy (click here for our guide): Small, but deadly.

3. Air Force (click here for our guide): Their best plane is what Top Cruise flew in Top Gun: the F-14 Tomcat. They are also trying to build stealth fighters.

5. Cyber (our guide to the subject): While no one is certain how well versed Tehran is at this new domain of warfare, it would not take much to disrupt U.S. military operations and financial markets if conducted properly.

Bottom Line: Let us hope cooler heads prevail. But if not, a U.S.-Iran war would be a bloody affair, and quite costly for both sides.