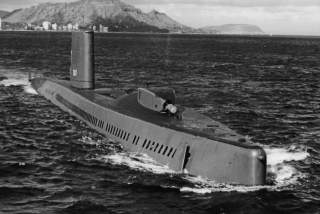 Key point: While the idea of finding a missing submarine in the Pacific Ocean, even when they had a general idea of where to search, proved so daunting to the Soviets that they’d ultimately given up looking, Bradley was fairly optimistic. He had a better way of locating it.