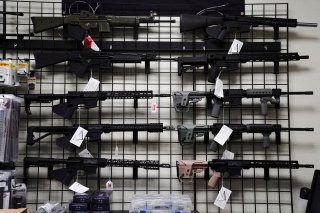 Gun control advocates have suggested that restrictive gun laws could keep illegal guns out of the hands of criminals. However, a new study conducted by the University of California San Diego's Rady School of Management may suggest this is unlikely. The new study is the first of its kind to provide insight into what might even happen if new federal assault weapon restrictions are put into place.

In a paper to be published in the March issue of the Journal of Empirical Legal Studies, researchers assessed the impacts of the 2016 Massachusetts Assault Weapons Ban (AWB) Enforcement Notice. That particular notice, which was issued by Massachusetts Attorney General Maura Healey, was meant to clarify that any new sales of AR-style rifles – millions of which had been already sold in the state – would be considered illegal under the state's Assault Weapons Ban.

Massachusetts law currently prohibits the sale and possession of all assault weapons. Gun dealers and gun manufacturers are expected to use their knowledge and experience to assess which guns are substantially similar to a banned weapon and likely to meet one of the tests. The Attorney General also expects voluntary compliance from gun dealers and manufacturers with respect to prohibited weapons.

What the study found is that firearms sales not only continued, but increased. According to the paper, within five days of the Massachusetts Enforcement Notice's announcement, assault rifle sales increased by 560 percent (up by 1,349). The number declined some 64 to 66 percent lower in 2017 than in comparable earlier periods, which indicated that the Enforcement Notice reduced assault weapon sales in the long run, but many banned weapons continued to be sold anyway. In Massachusetts, similar to laws in Washington and Colorado, compliance from gun dealers and manufacturers is voluntary with no recourse from law enforcement officials with respect to prohibited weapons.

"Our research suggests new firearm restrictions require enforcement to gain full compliance," said Kenneth C. Wilbur, professor of marketing and analytics at the Rady School and co-author of the study. "If the market complied fully with the Enforcement Notice, then assault rifle sales should have been zero in 2017. The data clearly show that not all firearm sellers and buyers complied with firearm restrictions. In fact, they directly reported their own noncompliance to the state government."

The study was reportedly made possible because the Massachusetts Department of Criminal Justice complied with the public records requests. Similar requests were filed in California; however, the state’s information services department did not comply with the academic researchers' request for more detailed access to the state's aggregated firearm registration data.

"The Massachusetts Enforcement Notice was seen as a surprise," Wilbur said. "Our research suggests that if a politician or a regulatory body wants to restrict weapons, they should design both their policy changes and their communications about their policy changes very carefully."

As millions of the guns were sold before the ban, it would seem almost impossible to stop private sales. Efforts to have guns turned in would likely be a dismal failure. As it stands, those abiding the law are being punished in Massachusetts, which is why Smith & Wesson announced last year that it would relocate its headquarters to Tennessee, which has no ban on the sale of semi-automatic modern sporting rifles.