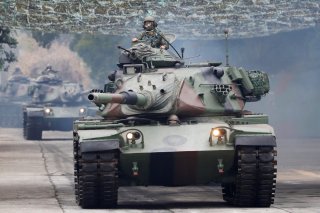 As Taiwanese president Tsai Ing-wen heads into the last two years of her tenure in office, her national security credentials are in doubt. Since Tsai took office on May 20, 2016, Taiwan has lost eight diplomatic allies, making it the highest number of diplomatic losses during the tenure of any Taiwanese president. This has undermined Taiwan’s position on the global stage because these allies speak up for Taiwan at international forums, such as the World Health Assembly and United Nations General Assembly. This brisk diplomatic decline compromises Taiwan’s diplomatic influence in the Indo-Pacific region while fostering China’s ascendancy.

Conspicuously, China has been the main culprit in blocking Taiwan’s international engagement, from cutting off Taiwan’s diplomatic allies to preventing Taiwan from engaging with international organizations. China’s disruption of Taiwan’s engagement with international organizations can be traced back to the 1970s, when Taiwan became ineligible for membership in the United Nations. Nearly every president of Taiwan has suffered from China’s diplomatic blockade strategy in the past few decades. The Tsai administration should therefore be greatly aware of the “China factor” when it comes to maintaining Taiwan’s diplomatic allies. In this sense, the Tsai administration should be able to initiate an effective diplomatic strategy that can resist China’s diplomatic influence on Taiwan’s allies and keep them firmly on Taiwan’s side.

Instead of creating a strategy that is able to address China’s interference, Tsai’s strategy seems to be overlooking this issue and using it as a political scapegoat. Six years have passed, and the Tsai administration still has yet to provide a clear and practical plan to address China.

Tsai’s predecessor, President Ma Ying-jeou, adopted the 1992 Consensus that put aside the sovereignty dispute between China and Taiwan, promoting “viable diplomacy” and a “diplomatic truce.” This helped Taiwan maintain better cross-strait relations and kept most diplomatic allies on the list while at the same time keeping the United States as the essential partner of Taiwan. Eight years of the Ma administration only saw the reduction of one diplomatic ally, compared to eight in six years of the Tsai administration. Even former President Chen Shui-bian, who espoused a more radical cross-strait policy, had a better diplomatic scoresheet than Tsai; he lost nine diplomatic allies but gained three. Compared to her predecessors, Tsai has drastically underperformed in the realm of building and maintaining diplomatic alliances.

As a result, the Tsai administration must initiate its own strategy to counter China and sustain Taiwan’s diplomatic allies. Yet, Tsai’s foreign policy is still opaque, and there are no signs that the administration is making an adjustment to its current strategy. With reports warning that two of Taiwan’s allies, Honduras and the Vatican, are in danger of no longer recognizing Taiwan’s government, failing to course correct will likely lead to China poaching more of Taiwan’s diplomatic allies in the next two years.

To address this trend, some scholars believe it is better for the Tsai administration to walk back its cross-strait policy to the Ma administration, with the aim of sustaining Taiwan’s allies just like Ma did. Nonetheless, it is unrealistic for the Tsai administration to do so. This is because the “1992 consensus” is no longer supported by the majority of Taiwanese and the international situation is fundamentally different. More importantly, the ideological foundations of Tsai and Ma’s foreign policies are not similar.

One possible alternative for the Tsai administration to shield Taiwan’s allies in the Pacific and Latin America—without directly and positively engaging with China like its predecessor—is strengthening Taiwan’s partnership with the United States, Australia, and New Zealand.

In Latin America, Taiwan has a long history of cooperation with the United States. Nonetheless, as China’s influence in this region significantly increases, it is now an appropriate time for both countries to enhance their cooperation for their shared national interests. For Taiwan, it can substantiate its few diplomatic allies in Latin America and at the same time deepen its relations with them through vigorous economic and diplomatic efforts. The United States can ensure its dominant influence will not be permeated by China and prevent China’s diplomatic bullying of Taiwan from escalating. This proposal will work out much easier than ten years ago, given that the United States was not greatly aware of China’s rise in the region and did not see it as such a serious competitor at the time. In the Pacific, seeking close bilateral and multilateral cooperation with major powers—such as Australia, New Zealand, and the United States—is a practical avenue to resist China’s diplomatic inference. As China’s influence is growing at an unprecedented speed in the region, the United States, Australia, and New Zealand are preparing new plans to reinvigorate their policies in the region. Taiwan should seize this momentum to seek in-depth collaboration with these countries on investments in the domains of climate change, infrastructure, and other priorities for Pacific countries.

Lastly, the Tsai administration has frequently portrayed China as the only reason why Taiwan lost its diplomatic allies. This aimed to help Tsai and her affiliated party, the Democratic Progressive Party (DPP), circumvent most domestic critics and political pressure, solidifying its political leadership. As Taiwan is now facing the toughest diplomatic challenge in the harshest international environment, the Tsai administration should step up to make positive changes rather than diverting all the domestic criticism to China.

As Biden’s top aide Jake Sullivan announced, Taiwan was not included in the Indo-Pacific Economic Framework (IPEF) on May 22, marking the most recent setback for Taiwan’s regional economic engagement. However, this is not the first time Taiwan has failed to engage in regional economics. In November 2020, Taiwan was excluded from the world’s largest trade deal, the Regional Comprehensive Economic Partnership (RCEP), which was co-signed by fifteen countries. This is expected to put Taiwan in an inferior position to compete in the global market. Although the Tsai administration stated that it will attempt to participate in the Comprehensive and Progressive Agreement for Trans-Pacific Partnership (CPTPP) and deepen trade engagement with the United States, it is nebulous to say that any progress has been accomplished.

Taiwan’s CPTPP application could not be accepted if China’s submission is approved before Taiwan. Moreover, if the members of the CPTPP decided to greenlight China’s participation, they might hesitate to accept Taiwan’s application due to the stakes of a falling-out with China. To date, as Taiwan’s top regional economist suggests, no progress has been made regarding CPTPP since Taiwan’s submission last September.

It is true that U.S.-Taiwan trade engagement has steadily progressed since 2016. However, the practical advancement of the trade relationship is not clear. The only progress was the revival of the Trade and Investment Framework Agreement (TIFA) last June after a five-year freeze. Yet, the revival of TIFA only has a symbolic meaning because it is merely a channel for the United States and Taiwan to discuss issues related to trade and economics. Its revival does not directly advance Taiwan’s practical interests.

In August 2020, the Tsai administration harnessed its executive power to ease the controversial restriction on imports of American pork, hoping to open a channel toward a U.S.-Taiwan bilateral trade agreement (BTA). The Tsai administration claims that easing the restriction will be a big leap toward reaching the trade agreement and will strengthen U.S.-Taiwan relations. Nevertheless, there has been no significant progress in negotiating a trade deal after nearly two years. In fact, it is highly unlikely that the United States and Taiwan can reach any bilateral free trade agreement because Biden has constantly implied that the United States has no interest in signing a new free trade agreement due to its political and economic calculations.

In this context, the Tsai administration should abandon its naive thinking on trade agreements with the United States. Rather, through TIFA and the newly launched trade initiative, it should pursue new cooperation with the United States in fields that have shared interests such as supply chain resilience. On the regional economy, as Taiwan is now ruled out from RCEP and IPEF, the Tsai administration must ensure that Taiwan will be a member of CPTTP. If not, Taiwan will be economically marginalized in the region that is becoming more bilaterally and multilaterally integrated. This environment will make it hard to outrun countries in the region.

The failure to maintain diplomatic allies and engage with regional economics is a wake-up call for Taiwan’s decisionmakers. As diplomatic allies and regional economies are at the top of Taiwan’s interests, the Tsai administration must develop a new strategy to address the current trend. If this reluctance continues, it will have irrevocable consequences for Taiwan’s diplomacy and economy.

Ray Weichieh Wang is a senior student of diplomacy and international relations at Tamkang University. Currently, he is a visiting student who majors in diplomacy and political science at Sungshin Women’s University in South Korea.