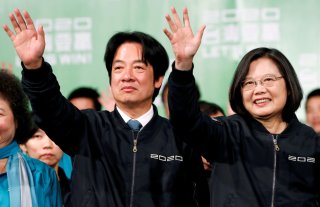 In another sign of Taiwan’s efforts to shore up its few remaining diplomatic relationships in Latin America, Taiwan’s vice president, William Lai, indicated on Tuesday that he would travel to Honduras to attend the inauguration of president-elect Xiomara Castro.

Speaking to reporters at Taiwan’s Taoyuan International Airport, Lai said that his visit was intended to promote good relations and international cooperation between Honduras and Taiwan.

“As President Castro prepares to promote new policies, Taiwan will uphold the spirit of pragmatic diplomacy and mutual assistance, deepen cooperation with Honduras, and overcome various difficulties to benefit both countries’ peoples,” the vice president said.

Lai also indicated that he would bring Taiwanese medical supplies to assist the cash-strapped Honduran health system in its fight against the COVID-19 pandemic.

Taiwan’s interest in maintaining its relations in Latin America has grown as mainland China has increased its efforts to convert the island’s few remaining allies to Beijing’s side. Of the thirteen UN member states that recognize Taiwan, the clear majority—Belize, Guatemala, Haiti, Honduras, Paraguay, Saint Kitts and Nevis, Saint Lucia, and Saint Vincent and the Grenadines—are in Latin America and the Caribbean.

Because of the “One-China” principle, Beijing has decreed that any country that recognizes Taiwan cannot have diplomatic relations with mainland China. For this reason, most nations have opted to recognize Beijing, which boasts far greater political and economic power than Taiwan. However, in practice, Taiwan still engages in diplomacy with much of the world through informal mechanisms.

Beijing’s efforts to poach Taipei’s few remaining allies have paid dividends. Last month, Nicaragua, one of Taiwan’s remaining Latin American allies, announced that it would sever its ties with Taipei in favor of Beijing.

Prior to her election in November 2021, Castro, who leads the left-wing Libre Party, also indicated that she intended to open diplomatic ties with Beijing. However, following her victory, her office backtracked and said that Honduras would maintain its current diplomatic alignments for the time being.

Through his visit, Taiwan would promote itself as “a trustworthy friend [with] the ability to help the international community,” Lai said.