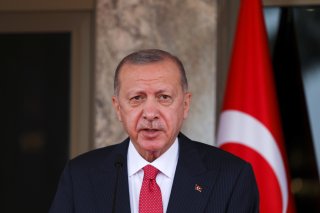 The Grand Assembly of Turkey, Turkey’s unicameral parliament, approved a law on Thursday lowering the required vote share to enter parliament from 10 percent to 7 percent—a move that gives greater access to parliament for minor parties but decreases the probability of early elections in the country.

President Recep Tayyip Erdogan’s Justice and Development Party (AKP) initially proposed the law, which also codified additional rules for how parliamentary seats can be distributed between electoral alliances. The new rules are set to go into effect in 2023, meaning that the country will probably not hold elections until then. Turkey is mandated to hold elections by June 2023, and the AKP and its parliamentary ally, the Nationalist Movement Party (MHP), have each indicated that they support elections being held at that time.

The delay in elections is significant because Erdogan’s poll numbers have slid over the past year, as his controversial economic policies, including his advocacy for permanently low interest rates, have led to record-high inflation within Turkey and the devaluing of the lira on international exchanges. Erdogan’s position in power has also been threatened by newfound unity among the opposition; Turkey’s six main opposition parties announced an electoral alliance and endorsed a sweeping united governance plan, suggesting that they will remain in cohesion until elections are held.

Erdogan, whose government can decide the election date, is thought to be evaluating which election date will improve his chances the most. If elections are delayed until June 2023, the president’s poll numbers could increase over the next year if Turkey experiences an economic recovery, but they could also decrease further, meaning that an earlier election could be a safer choice.

Observers in the West have suggested that the decreased vote threshold approved on Thursday is intended to incentivize disunity among the opposition, as smaller factions within the alliance now have a greater chance of defecting and entering parliament independently.

Together, the AKP-MHP alliance holds 333 of Turkey’s 600 parliamentary seats, a sufficient majority to pass most legislation, and Erdogan defeated his closest opponent in Turkey’s 2018 presidential election by roughly 20 percent. However, the AKP’s support in Turkish opinion polling has decreased from above 40 percent in 2018 to roughly 30 percent today.

When held in 2023, the Turkish election will include both the presidential race, in which Erdogan is expected to face a united opposition candidate, and parliamentary races.