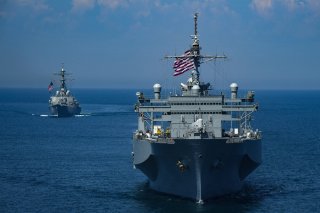 In the latest escalation in the brewing conflict over Ukraine, leaders from NATO and the United States indicated that they would prepare to reinforce bases in eastern Europe and may also send troops to the southeast.

NATO Secretary-General Jens Stoltenberg welcomed the news, stating that the military alliance would take “all necessary measures” to prevent a Russian military intervention in Ukraine.

At the same time, the U.S. military announced that it had put 8,500 troops on alert for a short-notice deployment to eastern Europe if NATO commanders decide to activate a “rapid response force.”

Pentagon spokesman John Kirby underlined, however, that a formal decision to deploy U.S. troops had not yet been reached.

The current crisis along the Russo-Ukrainian border began in October when Russia began to concentrate its forces opposite Ukraine’s contested Donbass region. In the past week, Russian troops have also been deployed to neighboring Belarus for joint military exercises, in effect surrounding Ukraine from multiple sides. Around 100,000 troops are positioned along the border in all areas, according to most estimates.

The Kremlin has repeatedly denied planning to invade Ukraine. Instead, it has argued that its troops are positioned on the border as a counterweight to what it views as hostile NATO expansion into its historic sphere of influence. The three Baltic states and Ukraine were all former constituent countries within the Soviet Union, Russia’s predecessor state.

Russian diplomats have offered an end to the standoff if NATO and the United States formally commit to ending NATO’s eastward expansion—precluding Ukraine from entry—and agree not to station troops or missiles in NATO’s easternmost nations. U.S. and NATO diplomats have rejected these offers, and negotiations between NATO and Russian diplomats in Geneva have failed to find a resolution to the crisis.

Around 4,000 NATO troops are currently deployed in the eastern European states of Estonia, Latvia, Lithuania, and Poland. The four eastern NATO states are also home to armored units, surveillance teams, and air defenses. Ukraine is not a member of NATO, and no NATO nation has committed more than nominal forces to Ukraine’s defense.

Ukraine, which fell out with Russia after Moscow annexed the Crimean Peninsula and began to support a pair of separatist movements in the Donbass, has steadily forged closer ties with NATO and the European Union over the past seven years.