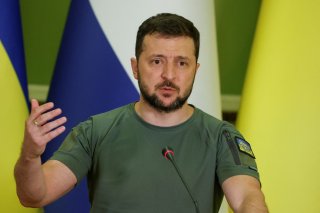 The International Energy Agency (IEA), an alliance of major energy-importing nations, announced on Tuesday that Ukraine had joined the group as an “association” member, helping to strengthen its ties with the Western nations that have aided it during Russia’s five-month invasion.

Fatih Birol, the IEA’s director, recognized Ukraine’s entry into the group at a ceremony on Tuesday in Warsaw, Poland, alongside Ukrainian energy minister German Galushchenko. Birol described Kyiv’s accession in positive terms, viewing it as an opportunity “to support Ukraine’s significant reconstruction needs and help it build a new energy future” in the wake of the “particularly challenging times following Russia’s unprovoked invasion.”

Galushchenko also observed that Ukraine’s entry would allow it to work more closely with other IEA countries on using limited energy resources with greater efficiency, and suggested that the country would benefit from their expertise when it came time to reconstruct Ukraine’s energy grid after the end of the war.

Based in Paris, the IEA is an association of thirty-one major energy-importing countries, including twenty full members and eleven “association states.” Most of the twenty full members are Western and Western-aligned countries including the United States, Germany, and Japan, while the “association states” include non-Western energy importers such as China, India, and Indonesia. The group’s members account for roughly seventy-five percent of global energy demand.

In the wake of Russia’s invasion of Ukraine, Europe’s energy imports from Moscow have sharply decreased, although they have not ended altogether. The Kremlin has also hinted that “unfriendly” countries might be cut off from such exports and has completely stopped its gas shipments to Poland, a major Ukrainian ally, as well as Bulgaria. Russia has also cut its exports to Germany through the Nord Stream natural gas pipeline under the Baltic Sea, claiming that it had done so in order to conduct maintenance along the route. A second pipeline along the Nord Stream route, the Nord Stream 2 pipeline, was ultimately shelved by German authorities after the Russian invasion.

Experts have cautioned that missing Russian exports are unlikely to be replaced by other sources, meaning that Europe will likely face a significant shortage of natural gas in the upcoming winter. Birol warned that countries in the European Union “may be called to show the full strength of [their] union” in the face of this crisis, which he had earlier speculated might partially be averted through cooperation and natural gas transfers between countries in response to local needs.