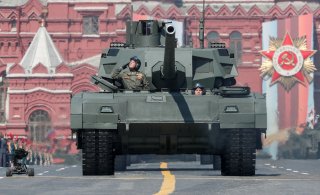 Senior U.S. officials told the New York Times that many of the Russian generals allegedly killed since February 24 were successfully targeted as a result of ongoing U.S. efforts to share critical battlefield intelligence with Kyiv. The intelligence reportedly included the “location and other details” about the mobile headquarters being used by the Russian military in Ukraine. Ukrainian forces have combined this information with their own intelligence, drawn in part from intercepted communications, to reportedly stage successful strikes and other attacks against top Russian officers. The U.S. officials, who spoke to the New York Times on the condition of anonymity, did not describe the means by which U.S. intelligence sources acquired the information that purportedly led to the successful targeting of Russian generals.

Unprecedented U.S. efforts to share real-time targeting information with Ukraine dovetail with operational missteps that have seemingly left top Russian officers exposed. Western officials have previously observed that Russian military officials have often used unsecured communication lines in Ukraine, making them easier to track and target. “It shows poor discipline, lack of experience, arrogance and failure to appreciate Ukrainian capabilities,” Frederick B. Hodges, the former top U.S. Army commander in Europe, told the New York Times. “It is not hard to geo-locate someone on a phone talking in the clear.” Echoing the assessments of numerous military experts and officials, the New York Times pointed to Russia’s rigid top-down command hierarchy as another source of potential danger for top officers. As compared with more decentralized structures where certain battlefield decisions are relegated to junior officers, Russian generals often find themselves making risky trips to the front lines. “When there are problems, the general officers have to go sort it out,” Hodges said.

Following the publication of the New York Times article, National Security Council spokeswoman Adrienne Watson said in a statement that the United States did not provide battlefield intelligence to Ukraine “with the intent to kill Russian generals.”

The Ukrainian military has claimed to have killed as many as twelve Russian generals since the 2022 invasion began, suggesting a general officer mortality rate not seen since World War II. But only a handful of these claims have been fully proven: just two Russian generals, Vladimir Frolov and Andrey Sukhovetsky, have been officially confirmed by Moscow as deceased. The deaths of at least two other generals—Magomed Tushayev and Andrey Mordvichev—are being actively disputed by Russian officials, who have published video footage appearing to show the generals alive weeks after they were allegedly killed. There is currently no information to corroborate the status of the remaining eight or so Russian generals that the Ukrainian military claims to have killed. Given the fog of war that has enveloped the Ukraine conflict, it could take weeks if not months for these claims to be conclusively verified.