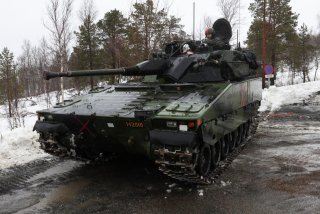 As images flash across our screens incessantly, and we search for signals in the blizzard of words about what is happening in Ukraine, we remind ourselves that we are members of the audience in a theater of war (and we hope before not too long, peace). On the battlefield, there can be no question about the fact that real bombs and bullets are destroying buildings and killing human beings. (So, we are sure this is not just a sequel to Wag the Dog.) But as the protagonists fight on the battleground and in economic and financial markets, they are at the same time engaged in an intense information war. Each actor attempts to shape the narratives, find images that reinforce its messages, and craft words that stir emotions to sustain the morale of its warriors and citizens. Each is also working to impact the views and actions of governments and publics in the wider world.

President Volodymyr Zelenskyy’s career as a comedian pretending to be president prepared him brilliantly for his current role as a wartime president whose actions and words have made him a true global statesman. As analysts, we also note that he has taken information warfare to the next level. If, as it is often said, Vietnam was the first war to be fought on television, Russia’s war against Ukraine is the first major war to be fought on social media.

As Winston Churchill did in the darkest days of Britain’s defiance of the Nazi Blitz, Zelenskyy is courageously rallying his citizens and soldiers to fight the invaders. He is also showing the world what leadership looks like—persuading nations around the globe to provide both material and moral support. Taking a page from Churchill’s defiance of Adolf Hitler’s onslaught, Zelenskyy intends to hang on for as long as possible—hoping against hope for a miracle on the battlefield or that somehow the United States will come to save his country.

Our hearts go out to the brave Ukrainian fighters and citizens, and we are praying that Vladimir Putin’s invasion fails. Nonetheless, as professional analysts trying to make sense of what we are seeing, we begin by reciting what we most confidently know: namely, the fundamental truths about war that have been learned over centuries of experience. The “fog of war” is dense and thickened by disinformation and propaganda; “truth is the first casualty of war” (since, as Churchill said, combatants must wrap their campaigns in a bodyguard of lies); a Clausewitzian “friction” frustrates perfect plans when they have to be translated into operations; “first reports are always wrong”; and “wars are much easier to start than to end.” These have become clichés because each captures a basic truth about war.

Since these truths have been reflected in every war that we have observed and studied (and that one of us has fought in), we start our analysis each morning by reciting them to ensure we have our feet on a solid foundation as we try to interpret the latest reports. This leaves us with a degree of skepticism about what we are reading, hearing, and seeing from reporters and commentators talking as if they found a way to pierce the fog, unmask the protagonists, and discover what is actually happening. But then we ask ourselves—and each other—ten key questions—and force ourselves to write down our best guesses about the answers.

1. How is the military war going on the battlefield?

We find it more difficult to make confident judgments than most commentators. In essence, we agree with the “senior [Department of Defense] official” quoted in The New York Times this week, who when pressed to give his assessment of the war would only say: “a very dynamic and active battlefield.” While it is clear that Russian ground and air forces have significantly underperformed, and that the defiance of Ukrainian fighters and the population exceeded all expectations, we do not agree with those who have concluded that Russia has “lost” or even that it is “losing” as claimed by a number of prominent American observers. Ukraine’s military deserves high marks for slowing the Russian advance, destroying hundreds of tanks and dozens of airplanes. Nonetheless, when comparing the map of Ukraine at the start of Russia’s invasion on February 24 with today, it is clear that the line of control and the line of conflict have steadily moved west. One-quarter of the Ukrainian population has fled from their homes. Russia now controls twice as much Ukrainian territory as it did when the war began. In our assessment, Russia is currently regrouping and adjusting its strategy for the next phase of the war in which it will rely on more destructive artillery and rocket bombing of cities as it continues to try to grind down Ukrainian opposition.

Some around Putin appear to have been as delusional about a quick, easy victory as U.S. secretary of defense Donald Rumsfeld was in 2003 when he imagined that U.S. forces would be greeted as “liberators” in Iraq and American troops would be home for Thanksgiving. In contrast to observers who expected a short war, we did not. The Nazi blitzkrieg did not capture Paris until the thirty-ninth day. In Afghanistan, the timelines of war for Americans in 2001 and Russians in 1979 stretch out to thousands of days.

One key variable is the number of Russian combat deaths, which appear to be approaching the number of Americans lost in the eight years of Operation Iraqi Freedom. Nonetheless, history suggests that Russia knows how to absorb losses, contain failures, recover, and find a more effective strategy to achieve the goals it sets for itself. So before joining in the celebrations of Russia’s failure, we remind ourselves that on day forty-two of the U.S. invasion of Iraq, President George W. Bush stood under a banner declaring “mission accomplished” and announced the end of major combat operations. In fact, combat continued for another 3,153 days during which more than 150,000 people died.

2. Will Russia transition to an aggressive total war?

Putin’s disappointment with his army’s initial performance, which made efforts to avoid killing civilians, has given way to increasingly aggressive and brutal moves against civilian buildings and infrastructure. Russia is targeting the civilian population: Slavic, Christian, and Russian speaking (whom Putin has claimed are actually Russians). Putin has still not moved to the unlimited destruction he ordered against Grozny in Chechnya or Aleppo in Syria. If Russian losses mount and the stalemate continues for weeks, we consider it likely that Russia will inflict Grozny-type destruction on select Ukrainian cities—starting with Mariupol.

3. When will negotiations end the military campaign?

Successful negotiations require that the parties have overlapping “zones of agreement.” At this stage of the fighting, both sides have fortified their positions and think time is on their side. Russia continues to demand a replacement of the Ukrainian government (“de-nazification”), the demilitarization and neutralization of Ukraine, recognition of Crimea as Russian, recognition of the independence of the Donbas “republics,” and significant changes in NATO deployments in former Warsaw Pact countries. We expect that Putin might drop his “de-nazification” rhetoric, knowing that Zelenskyy is the only Ukrainian leader with enough legitimacy to sell a political agreement to the Ukrainian people that prevents a prolonged insurgency. While Zelenskyy has given up on joining NATO in the foreseeable future and signaled a willingness to accept Ukraine’s neutrality, he insists that he will do this only if he is given rock-solid security guarantees. He has also made it plain that he will not endorse the Donbas or Crimea’s autonomy, sovereignty, or annexation. Thus, until the price of war is perceived as heavier than the price of concessions, it does not seem likely that we will see a cease-fire or concrete negotiations.

Currently, there is no plausible mediator or mediating mechanism. In the theater of peace, we expect to see an increasing number of leaders jumping onto the stage seeking their moment in the limelight. As we have seen already, this will include meetings, phone calls, and statements—all quickly leaked to the press. But from Emmanuel Macron to Naftali Bennett to Recep Tayyip Erdogan, and a lengthening list of others, none has a serious prospect of making much difference in ending the war yet. What is needed is a serious mediator who would be able to engage both Putin and Zelenskyy on an equal footing, nudge them to adjust their demands, help them to bridge wide gaps, and even propose an initial framework. Among the contenders for this role so far, Bennett has made more progress than any of the others—though he has limited his role to “mailbox,” not mediator. The individual with the greatest opportunity to play this role is Chinese president Xi Jinping, the only world leader who might be persuasive to Putin. But other than a cosmetic bow, Xi has so far chosen not to do so.

Certainly, negotiations will be multilayered. They will have to include not just the protagonists in the military war, but also the United States and European Union who are waging economic war. Since Putin has now become so indelibly a pariah, we assess that it is unlikely that the bulk of sanctions will be removed so long as it remains Putin’s Russia, thus making the obstacles to a successful agreement that much more formidable.