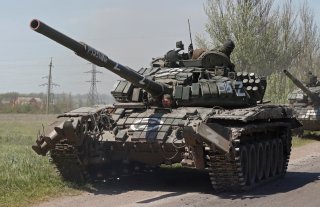 The United States has implemented a new measure aimed at forcing Russia into default.

The Treasury Department announced on its website it will not renew a license, which expired on Wednesday, that allowed Russia to pay its debt holders in dollars through American and international banks. This license, issued on March 2, allowed Russia to fulfill its previous interest and maturity payments despite Western sanctions. Russia has around $40 billion in outstanding international bonds, with around $2 billion in external debt servicing left until the end of this year.

Russia has so far managed to avoid default despite the unprecedented wave of sanctions implemented in the wake of its invasion of Ukraine, defying the forecasts of some investors and financial experts.

"If the bondholders don't get their money when the money is due, factoring in any grace periods that apply, Russia will be in default on a sovereign debt. With the waiver gone, there seems to be no way for bondholders to get paid,” Jay Auslander, a partner at the law firm Wilk Auslander, told Reuters.

Treasury Secretary Janet Yellen explained that the license remained in place through May 25  “to allow a period of time for an orderly transition to take place, and for investors to be able to sell securities.” The expiration of the license could force Russia into its first default since the Bolshevik Revolution in the early twentieth century. The Associated Press reported that the Kremlin, which has apparently anticipated this course of events, has taken the countermeasure of prepaying two bonds on Friday ahead of the May 25 deadline. The next payments Russia would need to make are on June 23; accounting for a thirty-day grace period, this could cause Russia to declare default by late July.

As Russian offensives continue in parts of eastern Ukraine, the West is moving to ratchet up the economic pain on Moscow. The Biden administration pledged to all but destroy the Russian economy in the wake of the invasion, with one U.S. telling Axios that the U.S. goal is to return the Russian people to “Soviet-level” living standards. But the sanctions regime has so far borne mixed results. Despite President Biden’s claim in March that Russia's currency, the Ruble, has been reduced to “rubble,” the Ruble is currently 30 percent stronger versus the dollar than before the invasion of Ukraine began on February 24. Experts have assessed that Russia’s abundance of natural resources makes it particularly resilient to external pressure. Further still, the Western sanctions regime is leaking from the east as New Delhi and Beijing continue to maintain close commercial ties with the Kremlin.