U.S. Air Force is Prototyping a Replacement for the Stealth F-35 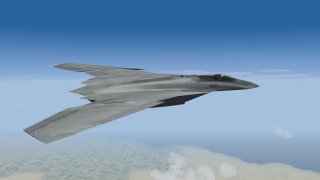