Is the U.S. Air Force Ready to Fight a ‘Great Power Competition?' 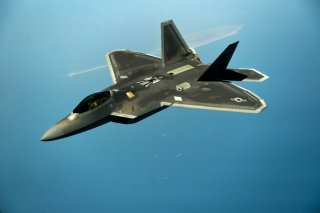 The United States Air Force retains a technological edge but to stay on top it needs allies too.

Following China’s provocative actions near Taiwan following Speaker of the House Nancy Pelosi’s visit to the island, the Secretary of the Air Force made it clear that one of his biggest priorities is to modernize both the Air Force and Space Force to retain a deterring edge.

During a conference call, Secretary Frank Kendall said that “As far as my priorities, I’ve articulated a number of times what I call operational paradigms, which are capabilities that need to be enhanced for the Air Force and Space Force, and there is a list of several of those,” USNI News reported.

The current goal is to prepare the U.S. Air Force for large-scale combat against a peer competitor such as China. The service will have to implement a number of operational imperatives, including better resiliency, and finalizing both the B-21 Raider strategic bombers as well as the Next Generation Air Dominance program.

Another goal, not just for the Air Force but across the service branches, is implementing Joint All-Domain Command and Control and an effort to simplify and streamline sensors and information for all shooters across the branches.

The United States Air Force recently upped its presence in Australia in a big way—deploying some of its most advanced air superiority fighters to the continent, the F-22. A press release from the Australian government explained that the stealth fighter’s deployment was separate from Pitch Black in a statement.

"The F-22 Raptors have arrived in the Northern Territory as part of the EAC Program," AVM Goldie said.”

“We have a shared interest in preserving peace in the region, ensuring that it is open and we can all live here by established international norms and I’m hopeful we can move in the direction collectively to restore those norms where they have been broken,” he said.