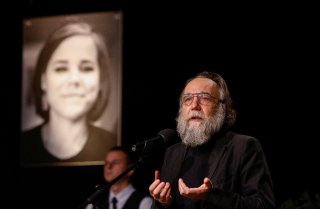 Elements within the Ukrainian government authorized a car bomb attack near Moscow that killed Russian journalist Daria Dugina, according to a New York Times report.

U.S. officials told the Times that the United States took no part in the attack, adding that they were “not aware of the operation ahead of time and would have opposed the killing had they been consulted.” American officials later “admonished” their Ukrainian counterparts over the assassination, the report added.

U.S. officials said that Dugina’s father, prominent nationalist philosopher Aleksandr Dugin, was the target of the attack, contradicting prior assertions by Russian law enforcement officials. “Those who plotted the murder of Darya Dugina studied her daily routine and habits. When they set off the explosive device, those who remotely exploded the car were certain that Dugina was alone. Her father was not the killers’ target," a Russian law enforcement source told Russian state news outlet TASS in August.

CNN later confirmed parts of the New York Times report, citing sources who said that Ukrainian government officials greenlit the attack that led to Dugina’s death without any U.S. knowledge or involvement.

Top Ukrainian officials have consistently denied any involvement in the Dugina affair. “I confirm that Ukraine, of course, had nothing to do with this because we are not a criminal state, like the Russian Federation, and moreover we are not a terrorist state,” said presidential adviser Mikhailo Podolyak. "This is definitely not our responsibility,” said Ukrainian president Volodymyr Zelenskyy when asked about Dugina’s death during the Crimea Platform summit. “She’s not a citizen of our country, we are not interested in her. And she’s not on the territory of Ukraine, occupied or temporarily occupied,” he added.

Oleksii Danilov, secretary of Ukraine’s National Security Council, issued a similarly adamant denial and attributed the attack to Moscow: “We have nothing to do with the murder of this lady—this is the work of the Russian special services,” he said in late August. Ukrainian officials have admitted to organizing assassinations of Russian officials and pro-Russian “collaborationists” in occupied territory, but they continue to insist that no such operations have been conducted by Ukraine on Russian soil.

The U.S. government has reportedly expressed concerns that attacks like the car bombing allegedly carried out by Ukraine have little to no battlefield impact and risk provoking retaliatory Russian strikes against Ukrainian officials.