The U.S. Military Is Dead Wrong: Hypersonic Weapons Can Be Defeated 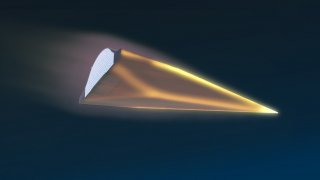