The U.S. Military Is Getting Ready for the Future of Warfare 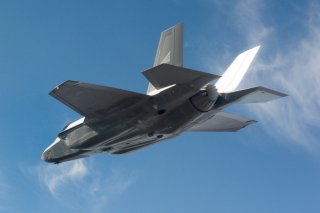 As Congress and the military services adjust to and work through specifics related to the most recent budget, responses, concerns and opinions continue to circulate, yet amid all of the prioritization and budget deliberations one thing is clear: the Pentagon is setting its sights on modernization, innovation and a new generation of warfare technologies.

That was the message to Congress from Secretary of Defense Lloyd Austin, who explained to lawmakers that the 2022 budget massively supports modernization. He specifically cited that the 2022 budget request “fully funds the departments top priority of nuclear modernization,” and also strongly supports key growth areas such as artificial intelligence, hypersonics, long-range fires, microelectronics, cyber defense and 5G computer technologies.

Austin explained to the Senate Appropriations Committee that “the pacing challenge posed by China requires the United States to invest in research and fielding of new technologies or new ways of using existing technologies,” as cited in a Pentagon report.

Joint Chiefs of Staff Gen. Mark Milley also emphasized the budget priorities being placed upon numerous efforts to craft a new generation of weapons and technologies in response to a fast-changing and significant threat equation.

“There’s always a balance,” Milley told the senators, according to a Pentagon report. “Previous budgets [were] biased . . . to the present. This budget starts leaning into the future. And it's now that we need to pivot because the future—believe it or not—is going to get here someday. And about ten to fifteen years from now, we will be in a world of hurt in the national security geostrategic world, unless we invest in the modernization of the United States military.”

For example, the Air Force budget actually asks for more F-35 jets than were requested in 2021, despite ongoing debates about costs of the aircraft, adds $30 million to B-21 and massively plusses up the B-52 modernization compared to last year. The Army budget, while criticized by some to a large degree, does still fund major service modernization priorities such as Long Range Precision Fires, Future Vertical Lift, and the network, among others. Perhaps most of all, there are large investments in research and development funding and efforts to explore new areas of modernization, with a particular emphasis on information dominance.

Nuclear modernization, referred to as a top priority, is given a lot of funding support, Austin said, a move which indicates strong Pentagon support for emerging and crucially needed programs such as the Ground-Based Strategic Deterrent new intercontinental ballistic missiles, Next Generation Interceptors, Columbia-class submarines and B-21 bomber among, among others.