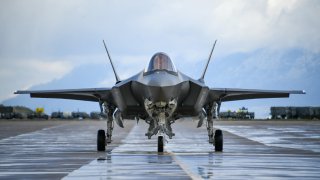 Outgoing White House press secretary Jen Psaki claimed on Thursday that the Biden administration could help Sweden and Finland join NATO by addressing the concerns the two nations may have over Russia’s actions prior to their entry into the military alliance.

“We are confident that we could find ways to address any concerns either country may have about the period of time between a NATO membership application and the formal accession to the alliance,” Psaki told reporters, seeming to suggest that the United States would informally offer security guarantees to Stockholm and Helsinki during its consideration for membership. Both nations are currently debating whether to submit applications to join the alliance, and they are expected to make their final decisions by the end of the month. Russian leaders have warned that the Kremlin could escalate the military situation in northern Europe in response to either nation’s application, leading leaders in Stockholm and Helsinki to seek further guarantees from the United States and NATO during the accession process.

After her meeting with Secretary of State Anthony Blinken on Wednesday, Swedish foreign minister Ann Linde claimed that she had received security assurances from the top U.S. diplomat, although she did not provide specifics on what was offered.

Entry into NATO involves a bureaucratic and time-consuming process that could take up to a year. In order for a nation to join NATO, all other NATO members must agree to admit it, meaning that any single member could obstruct the process over unrelated political disagreements. This was the case with Northern Macedonia, whose membership application was blocked by Greece for more than a decade over concerns that the country’s former name implied a claim over the region of Greece also known as Macedonia. It is uncertain how long Swedish and Finnish accession to NATO would take or if all existing NATO members support their entry into the alliance. For example, Hungarian Prime Minister Viktor Orban, who has notoriously close ties with Russian leader Vladimir Putin, could veto the accession process, although he has not indicated that he would.