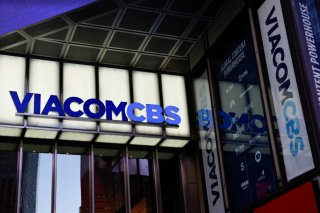 In its quarterly earnings report Friday, ViacomCBS said that domestic subscribers to its different streaming services jumped to 17.9 million, a 72 percent increase over the same time the year before.

The company also said that Paramount+, its revamped version of CBS All Access, is “on track” to launch in early 2021, as the service gets set to go global.

CBS All Access and Showtime, the company said, both had “significant growth in sign-ups,” while the free streaming service, Pluto TV, is now up to 28.4 million monthly active users, a 57 percent increase over the same quarter the year before.

The company, across those services, is “creating an ecosystem of compelling offerings across pay and free streaming,” ViacomCBS said.

Overall, the company reported quarterly earnings of $616 million, compared with $626 million the same period the year before, although its earnings per share of 91 cents were ahead of analyst expectations, per MarketWatch.

“Building on Paramount’s iconic brand and legacy of storytelling, Paramount+ will feature a unique combination of live sports, breaking news and a mountain of entertainment content, spanning more than 30,000 episodes and movies,” the company said. Original shows will include “a limited series with never-revealed experiences of making The Godfather, and also the reality series The Real Criminal Minds.

ViacomCBS had announced in August that it was planning to launch an “international streaming service,” and made it clear later in the year that it would rebrand CBS All Access in 2021 as Paramount+.

The company added that it earned  $636 million from streaming revenue in the quarter.

However, the picture was much less rosy for the company’s Filmed Entertainment section which dropped 31 percent year over year, with theatrical revenue “immaterial in the quarter due to the closure or reduction in capacity of movie theaters in response to COVID-19.”

The current incarnation of ViacomCBS came together in 2019, when CBS Corporation and Viacom remerged. The two had been part of one company until 2006, when they were spun off into separate companies. The combined companies holdings include the CBS TV network, the Showtime premium cable channel and streaming service, MTV Networks, Paramount Pictures, Simon & Schuster, and more.

Back in June, YouTube TV announced that it would be adding ViacomCBS’ channels, including MTV, Paramount Network, Comedy Central and Nickelodeon, to its package of channels, after they were not available since YouTube TV’s national launch.

“Our company’s transformation is ahead of schedule and we are incredibly excited by the opportunities ahead,” ViacomCBS president and CEO Bob Bakish said in the earnings release.