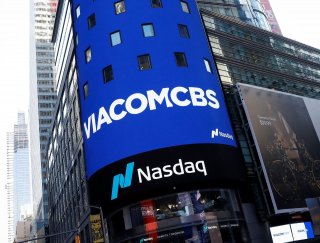 ViacomCBS posted a $481 million profit in the second quarter, which was about half of its $977 million profit the same time the year before. Revenue dropped 12% to $6.28 billion.

The company also touted the success of its streaming operations and its plans for the future. The company reported $489 million in revenue from domestic streaming and digital video revenue, a 25% year-over-year increase.

“ViacomCBS delivered another solid quarter, with clear operational momentum and sequential improvement in key earnings and cash flow metrics,” Bob Bakish, the company’s president and CEO, said as part of the announcement.

“Despite the impact of COVID-19 on revenue in the quarter, we’re successfully managing through the effects of the pandemic, reaffirming the strength of our combined operations. Our results underscored our strong progress delivering on our value-creation initiatives, including integration cost synergies, expanded and new distribution agreements, as well as the rapid acceleration of our streaming business, where we achieved record users and revenue in free and pay while building toward the relaunch of our diversified super service.”

ViacomCBS announced on its streaming call that it will launch a global streaming service in international markets in early 2021, which will feature content from both Showtime and CBS All Access. The content will vary according to market, a company executive told Variety. It’s expected to go live in 2021 in Australia, Argentina, Brazil, and Mexico.

In its earnings announcement, the company touted “ significant multiplatform distribution wins and strong domestic streaming and digital video revenue growth,” including deals with Verizon, Dish and YouTube TV, and that CBS All Access “broke records” for paid subscribers, streams and minutes watched. The Viacom CBS-owned Pluto TV continued to show growth, and recently reached a deal to be included on LG TVs in the U.S.

ViacomCBS recently announced that CBS All Access had added a huge amount of programming, ahead of a revamp of the streaming service—possibly with a new name—that’s scheduled for 2021. The earnings report describes the new version of All Access as a “rebranded super service” and states that the company “remains on track to relaunch this differentiated streaming product in early 2021.”