Pluto TV Has Deal to Go on LG TVs 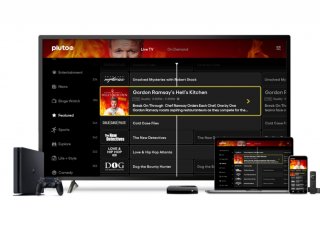 Pluto TV has long been one of the best streaming services that most people aren’t aware of. A free and ad-supported service, Pluto TV features a long list of channels across genres, including news, sports, movies and more. There are whole channels for James Bond, “Mystery Science Theater 3000,” and other popular franchises. Owned by ViacomCBS, the service recently announced plans to add programming from the likes of “Star Trek” and “South Park,” as well as Nickelodeon shows not previously available. Pluto TV even recently announced a deal to carry NFL highlights.

The streaming service has long been available on Roku and other platforms like it, and now, Pluto TV has a deal to be included as a native streaming app on a major manufacturer’s TVs.

This week it announced a global distribution deal with LG Electronics. It is now available on 2020 LG smart TVs in the United States and will roll out to older 2019-2019 LG smart TVs this fall, with other countries set to arrive later on.

Pluto TV will be available as part of the LG Channels feature, with 99 Pluto TV channels joining LG Channels.

“Through this partnership, we are excited to have another opportunity to accelerate our mission to entertain the planet by bringing an unparalleled lineup of programming, with instant discoverability through the LG Channels experience, to millions of LG users, for free.”

LG’s TVs are among the most acclaimed in the world. In RTINGS.com’s current rankings of the best TVs available, LG models take up the top four spots, and six of the top seven. LG’s E9 and C9 OLED TVs, both from 2019, take up the top two spots, while the 2020 LG CX is third and also the top TV of 2020, among those reviewed so far.