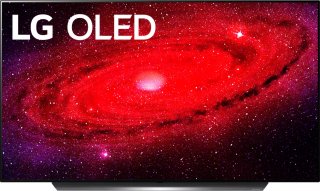 Although LG’s CX Series did not deliver on giving consumers a cheaper OLED option, it is still impressing with its unrivaled picture quality and perfect black levels.

The higher price point that LG settled on for the 48-inch CX Series (the company’s first OLED foray into that size) may have to do with the extra costs that are inevitably needed to create new production lines for the smaller offering.

If you are, however, in the financial position to splurge on one of these panels, you surely won’t be disappointed. In addition to incredible picture quality and black levels, it also boasts accurate colors and inimitable uniformity and contrast levels. And like the B9 and C9 Series, the CX offering also proves that its wide-angle viewing is second to none.

However, one particular aspect that really irks many LG TV owners is the operating system, which is known as webOS. It lacks the innovative extras and app-based setup and coverage of Roku TV, Samsung’s Tizen or Sony’s Android TV. If you desire a bigger selection of apps, your best bet is to go out and get an external streamer.

Because of the CX’s reliance on organic light-emitting diode technology, there is no backlighting to be found, so the overall minimalist-driven design is sleek and slim. There is, though, a rather noticeable bulge at the bottom of the panel, but this houses the necessary inputs, power supply, speakers and other ancillary components.

For all you hardcore gamers out there waiting patiently for the arrival of PlayStation 5, know that the CX supports the Nvidia G-Sync standard and AMD FreeSync, which help to eliminate screen tearing and stuttering. The end result is noticeably smoother gameplay—no matter how graphics-intensive the games are.

Finally, be aware that like all OLED TVs, the CX can suffer from image retention or burn-in, although this pesky issue has become less common with further advances in OLED technology.