QD-OLED: Samsung's Plan To Crush OLED One and For All? 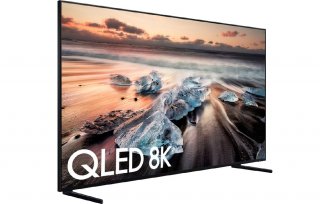 In LCD and OLED, we have two of the basic TV panel displays on the market today. Each has its pros and cons in its underlying technology and some higher-end models can get quite expensive.

So, where do we go from here? Why not take the best qualities of each panel type and create a new groundbreaking, modestly priced hybrid TV?

It appears that Korean tech giant Samsung has already gotten a head start in pursuing this next-gen venture.

As the world’s biggest TV seller, Samsung has relied mostly on LCD, not OLED, for its panel displays. But news out of Korea has indicated that Samsung will halt the production of traditional LCD displays by the end of the year. Driven largely by a supply glut and falling demand, the company is now turning its full attention toward its fast-growing portfolio of TVs that utilize quantum dot technology.

All would be fine and well, but in recent years, Samsung has been stuck in an unusual position of having to look up at its Korean archrival LG, whose OLED offerings have become the darlings of the ultra-competitive TV market. Tests after tests have shown that LG’s OLED panels have better overall image quality, contrast ratios and off-angle viewing than LCD TVs that are enhanced by quantum dots.

These quantum dots are microscopic particles that when hit by light, emit a certain different colored light. The source of this light is the LED backlight, and that light must pass through more layers, such as the LCD layer, to produce the images on the screen. On the other hand, OLED TVs don’t need a separate backlight, as each pixel you see is a self-contained source of color and light.

By combining quantum dots and OLED, you could cull the best strengths of both technologies. In short, the panel design of such a QD-OLED hybrid would simplify the light conversion process—having OLED create blue light and then relying on quantum dots to convert some of the blue into the colors red and green. This could also finally put an end to those pesky issues of image retention and burn-in. Moreover, by using only one OLED color, it could theoretically save on manufacturing costs.

With its sights set squarely on the TV promised land, Samsung has committed $11 billion over the next five years on a new factory in Asan, South Chungcheong Province, that will focus chiefly on QD-OLED hybrids. The new Gen. 8.5 QD line is scheduled to start production in 2021 and will manufacture at least 30,000 units of QD display panels of 65 inches or larger.

The other new tech from Samsung and others is MicroLED, which boasts many of the same picture-quality strengths as the QD-OLED hybrid with no danger of burn-in.