Thanks, LG and Sony: Can OLED Burn-In Damage Be Fixed? 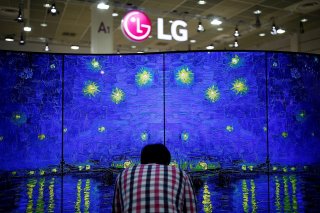 In the constantly changing landscape of technology, it appears that all great advancements have an Achilles’ heel.

OLED TVs are no different. Despite its unrivaled picture quality and much-revered perfect black levels, the conversation invariably takes a U-turn and lands straight on that pesky issue of burn-in.

And rightfully so. As OLED TV owners know all too well, they probably spent about $2K on this product, and if the panel fails in any way, that’s hard-earned money down the drain. Yet, as annoying as this can be, OLED burn-in will likely not happen with normal use. In fact, most burn-in is actually image retention, which is temporary and will often go away after a few minutes.

In most cases, you’ll witness image retention long before it becomes permanent burn-in, which occurs whenever a persistent part of the image of a screen, such as a channel logo or a scoreboard from a sports game, remains as a ghostly background no matter what else is being shown on the screen. These static image elements have “worn out” certain areas of an OLED screen’s organic materials faster than the rest of the screen.

So, with this in mind, common sense should take over and steer you to put more diverse content on the screen and change the channels once in a while, which should naturally reduce static images. Definitely don’t try your luck and think that you’ll only have to deal with temporary image retention. Keep in mind that all OLED screens, no matter the brand, are susceptible to burn-in, and if it ever gets to that permanent level, you’ll likely have to just live with that imperfection on the screen.

Another fact that’s hard to swallow is that burn-in is usually not covered under warranty. The specifics of warranty coverage can change, so do take the time to double-check the fine print if you’re that worried about the potential for burn-in on your OLED TV.

As for the dominant OLED brands LG and Sony, they state that image retention and burn-in are not covered. Apple’s iPhone warranty or AppleCare doesn’t explicitly mention burn-in, and the company’s support page says, “With extended long-term use, OLED displays can also show slight visual changes. This is also expected behavior and can include ‘image persistence’ or ‘burn-in.’”

Furthermore, it was nearly impossible to find extended warranties that cover burn-in. There was one exception, however, and it came from Best Buy’s Geek Squad Protection Plan, which states: “Pixel repair and burn-in coverage for TVs. We’ll get your screen back to pristine condition if your pixels start looking weird or a shadow image sticks.”

OLED TV manufacturers have also proactively jumped in to minimize the future chance of burn-in. Certain built-in user settings like LG’s “Screen Shift” and Sony’s “Pixel Shift” move the image slightly around the screen. There are also built-in screen savers that automatically pop up after extended periods of inactivity.

Some OLED TVs can also perform “refreshers” on a set timed basis. On Sony TVs, this particular feature is called “Panel Refresh,” and on LGs, it is known as “Pixel Refresher.” If you ever notice image retention, this function can be run manually as well. For LG TVs, you can receive a handy notification to run this particular feature after 2,000 hours of viewing time.

In the more recent OLED TV offerings from LG, there is a burn-in preventive feature called “Logo Luminance Adjustment,” which has been designed to automatically identify static on-screen logos. If detected, the TV will decrease the logo’s brightness by 20 percent after two minutes.